Contributing to Ontario’s Past Through Archaeology 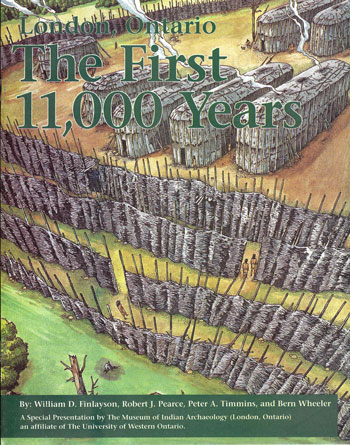 For more than 40 years archaeological assessments have been increasingly required on lands prior to development for residential, commercial, and industrial purposes, highways, airports, pipelines, and green energy projects. More recently, such assessments are sometimes being required for smaller projects such as the installation of swimming pools in backyards or the construction of an addition to a house or cottage. These kinds of archaeological investigations now greatly surpass the research projects done by archaeologists at universities and museums and by avocational archaeologists. Since 1975, all archaeological investigations have been regulated by the Ontario Heritage Act and conducted under licences issued to archaeologists. Reports on all projects must be filed with the provincial government; as of 2020, there are over 32,000 final reports on file with the ministry and approximately 2,400 final reports are submitted annually.

The ultimate purpose of these archaeological investigations is to gather artifacts and data which will contribute to our knowledge of the occupation of Ontario by Indigenous people over the past 12,000 years and, more recently, by immigrants from Europe and around the world since the 17th century. With this knowledge we can write histories of these occupations. Some of these histories are written by scholars, others by culture resource managers, and yet others by avocational archaeologists. Some are written for an academic audience, some for the general public, and some for students in public and secondary schools.

In many cases, the preparation of these histories involved detailed research including a search of all writings and other information about the topic being explored. Traditionally, this involved tracking down the published and unpublished works by early archaeologists such as William J. Wintemberg and Wilfrid Jury and avocational archaeologists such as Andrew Hunter, A.J. Clarke, and Frank Ridley, as well as similar works by those archaeologists employed at museums and universities whose numbers increased dramatically after about 1960.

Beginning in the early 1980s, there was a gradual and significant increase in archaeological investigations undertaken by private consulting firms. As the volume of work increased, archaeological departments were added to environmental and engineering companies to carry out the work on their projects. Today, there are several hundred archaeologists working in the province who undertake several thousand projects a year with thousands of project reports being submitted to the Ministry of Culture.

Early contributions included Jim Wright’s Ontario Prehistory (1974), Six Chapters of Canada’s Prehistory (1995) and a variety of maps in the Historical Atlas of Canada, Volume 1, From the Beginning to 1800 (1987). These culminated with Wright’s History of Native People of Canada Volumes 1-3 (Part 1). Wright’s studies showed his tremendous grasp of the breadth and depth of his knowledge and his commitment to using all available sources of information, particularly the published sources.

The first detailed consideration of the archaeological history in southern Ontario was the 1990 publication by the Ontario Archaeological Society, London Chapter, edited by Chris Ellis and Neil Ferris, entitled The Archaeology of Southern Ontario to 1650 A.D. This contained 16 chapters by single or multiple authors. While providing vast amounts of details, this is the first major archaeological history recorded in which some author’s displayed significant bias or inadequate or sloppy research, seemingly to exclude the work of certain archaeologists for reasons unknown. A more recent consideration of Ontario’s archaeological history is presented in a book entitled Before Ontario: The Archaeology of a Province edited by Marik Munson and Susan Jamieson (2013). Like the 1990 publication, this book presents some chapters which are very selective in the sources used and, again, ignores significant works of some prominent Ontario archaeologists, again for reasons unknown. Do Professors Munson and Jamieson really think they can provide an adequate summary of the archaeology of this province without referencing our work at Draper and the Pickering airport or my work in the Crawford Lake area with its further support for evidence for the Pickering Conquest of Glen Meyer People?

What is perhaps most disturbing and terribly unfortunate is that the practice of selective use of sources of information, whether deliberate or a function of a lack of in-depth research, is now being passed on to students preparing research papers and graduate theses or dissertations at some universities.

I have taken a more inclusive approach in my two major regional settlement pattern studies: Iroquoian Peoples of the Land of Rocks and Water. A.D. 1000 to 1650: A Study in Settlement Archaeology (1998) and The Draper Site, an Ontario Woodland Tradition Frontier Coalescent Village in Southern Ontario Canada: Looking Back, Moving Forward (2020). For each of these studies, I engaged in highly detailed research to collect as much information as possible from as many sources as possible. This included not only published works, but graduate theses, unpublished papers, culture resource management reports (where the authors would agree to provide access—some did not), and the work of avocational archaeologists. While my studies are limited in scope both temporally and geographically, I have attempted to include the available knowledge relevant to my research, thereby circumventing the limitations and biases in some of the papers in books edited by Ellis and Ferris (1990) and Munson and Jamieson (2013).

It can only be hoped that future studies including those by undergraduate and graduate students will be more rigorous in their research and less exclusionary than manifested in some of the work summarized above. Yet there are indications that this is not the case, which may not bode well for the future of Ontario archaeology.