An Unusual Log Cabin Site in the City of Vaughan 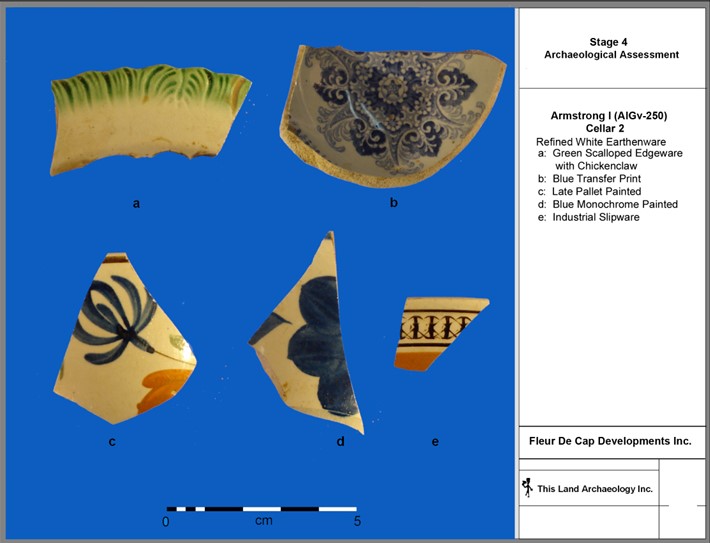 In my last blog, I discussed our work at the Sprucedale Site in the City of Brampton where we discovered a log cabin cellar and a frame house cellar, both of which were in close proximity to the standing early 20th century brick farmhouse named Sprucedale. In the almost 20 years of undertaking archaeological assessments for our land-developer clients, this is the only time that we found evidence for all three homes so close together. One of the other interesting observations about these houses is that they were all built near to the road. 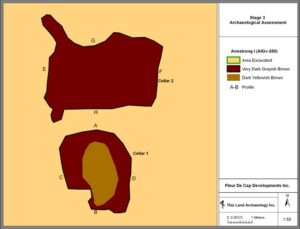 Plan of Excavations of the Armstrong I site, showing the outlines of the two cellars

In 2007, we commenced the test excavation of two sites in the City of Vaughan. In this case, we identified a different approach to the situating of these 19th century homesteads. At this property, we found the Armstrong I early log cabin site. It was about 600 m from what is now Jane Street in an area adjacent to what would have been a wetland in the mid 19th century. Clearly, this area was chosen due to its closeness to water, without having to dig a well.

The most noteworthy aspect of the Armstrong I site was that there were two cellars, side by side (Figure 2). This suggests that there was an addition to the original log house. Unlike the situation at the Philip Eckardt Log House described in the book George Duncan and I recently published, the addition was made adjacent to the original structure, not by adding a second storey to the building. The second cellar is also fascinating in that the extension of cellar deposits to the northwest would indicate an external entrance to the cellar rather than through a trap door we infer was present in the floor of the original log house. 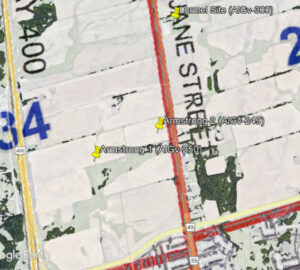 Location of Armstrong I and II Sites

The later frame house cellar (Armstrong II) was located further to the east, within 200 m of Jane Street (Figure 3). Not far from the frame house cellar was the standing third generation house located slightly further back from the road. In this case, water would have been obtained from dug wells. Undoubtedly, proximity to Jane Street was the motivation to move the residence closer to the road. This would have certainly facilitated access especially in winter months.

In this case, we see the diversity in placement of 19th century dwellings as the early settlers adapted to life in our southern Ontario climate and different ways in which more space was added to provide additional living quarters for growing families.

In my next post, I will continue our look at early log cabin sites by discussing our discovery of another unusual log cabin cellar, this time in Pickering.

Figure 2: Plan of Excavations of the Armstrong I Site, showing the outlines of the two cellars

Figure 3: Location of Armstrong I and II Sites