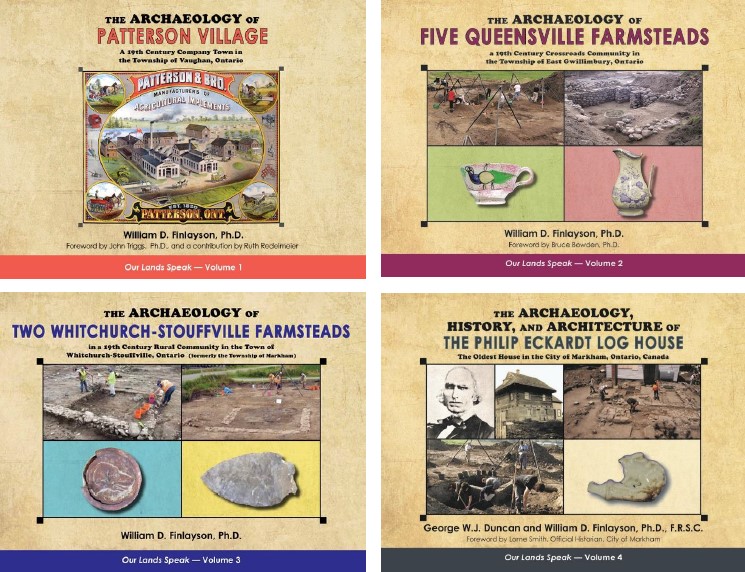 Picking up where I left off in my last blog, where I shared that after 18 years as an archaeological consultant running my own company, This Land Archaeology Inc., I closed the company in 2021. I now begin to reflect on the dozens of 19th century homesteads and farmsteads that we excavated prior to their development primarily as residential subdivisions. Over these years, I had the very good fortune to work with some of the largest and many small to mid-sized land development firms in south-central Ontario, as well as occasionally in adjacent parts of southwestern Ontario. I can report that working with almost all of these firms was a positive experience in which we were able to provide professional archaeological consulting services and in return were treated in the same manner. I worked hard to educate our clients about the need to preserve the heritage represented in the sites we dug, while at the same time undertaking our tasks in the most cost-effective ways possible. At times we had to ask for more funds since the sites were more complex than we had initially believed, and these requests were granted. At the same time, there were occasions we found less than anticipated and were able to bring the projects in under budget—something that was always appreciated of course.

In the early years, prior to the implementation of the Standards and Guidelines for Consultant Archaeologists in 2011 by the Ontario Ministry of Heritage, Sport, Tourism and Culture Industries, our clients supported our projects almost with enthusiasm. There were two reasons for this. First, the costs of our work were fairly modest and secondly, our reports were generally short and were “approved” by Ministry staff in relatively short order. However, with the implementation of the Standards and Guidelines for Consultant Archaeologists, the situation changed rather dramatically. There were very significant increases in costs, not only to implement the new requirements, but also to respond to increasingly large numbers of request, not once but at two or three separate times for revisions of the same report. This led to more delays in approvals for client’s land development projects. And with these added costs and delays, we began to hear more and more complaints about the work that was being required. In particular, we were questioned about why we had to spend tens of thousands and sometimes hundreds of thousands of dollars digging yet another 19th century site. As one client bluntly questioned, “Haven’t we already dug 18,000 such sites?”

It became an ongoing struggle to support the need for more work, when especially in my professional opinion as the senior-most archaeologist working in the province, much of what was being required was not necessary. Respecting the land and those who came before us and protecting our heritage is a given, however, imposing the weight of exorbitant costs and constant and increasing regulation and administration can influence the opposite wisdom at times (unfortunately true for many industries these days).

At the same time, in Our Lands Speak series, I have attempted to demonstrate the value of our projects by publishing popular accounts of several excavations. My readers will recall our publications on Patterson Village, a 19th century company town in Vaughan, five farmsteads in Queensville, two farmsteads in Whitchurch-Stouffville, and most recently the Phillip Eckard Log House in Markham co-authored by architectural historian George Duncan. These books have been well received and have to some extent shown our clients that there was some value-added to the work they funded.

As one of my colleagues noted, I have published more books in 19th century Euro-Canadian archaeology in Ontario than the rest of my colleagues combined. I am humble and proud of this accomplishment. Yet it’s only the tip of the iceberg. These four books deal with the archaeological study of only nine sites of the more than 80 I have investigated since 2007.

So going forward, I eagerly look forward to adding to the popular series and occasional papers of Our Lands Speak series. And I aim to resume writing my monthly blogs featuring, in part, informative articles on a number of those 80 projects, many of which have provided new insights into life of the early settlers and farmers in the 19th century.

I’ve paid my dues and then some, and my career has been incredibly rewarding overall. My legacy will be not only in the physical work that I have done but in what I’ve been able to share with the public to enlighten them as to our rich history.

Contributing to Ontario’s past through archaeology.

Warm thanks as always for your interest.