Contamination of Living Floors under Longhouses at the Draper Site 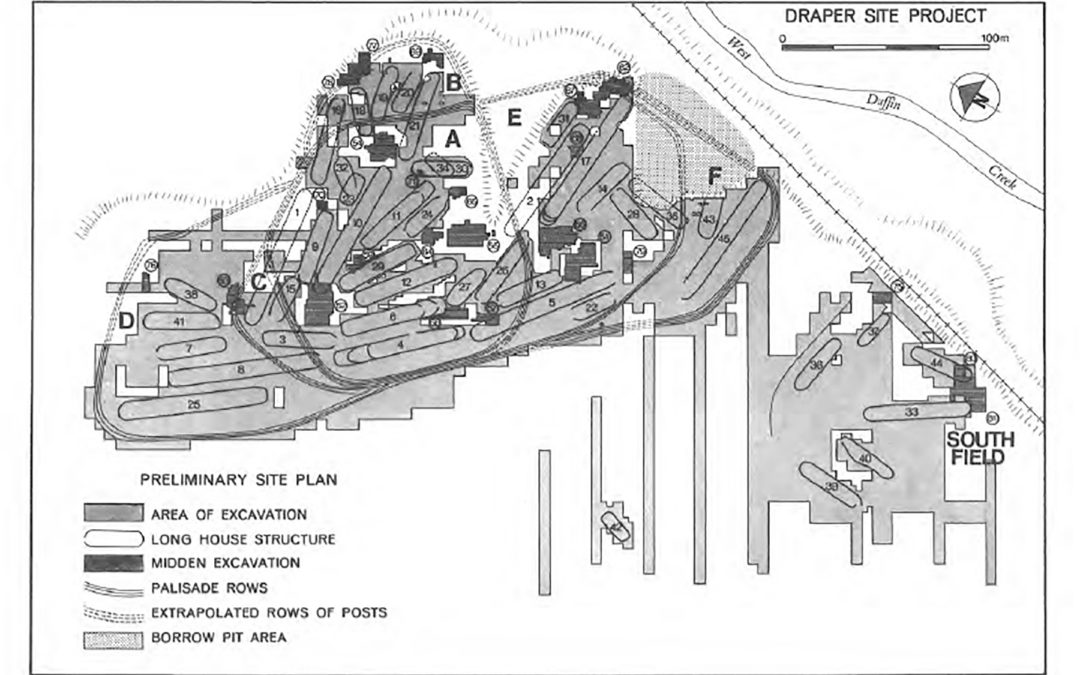 We now delve into the challenges of recognizing the potential contamination of living floors under the longhouses. In my June 14 blog post, I stated that

“one of the fascinating discoveries of our excavations at Draper was that the occupants had created middens at the base of palisades surrounding the village and then had torn down those palisades and built longhouses on top where middens had been. This was part of the process of expanding the Draper site to incorporate more people into the village.”

This practice by the occupants of the Draper site had not been recognized by other archaeologists investigating the occupation of Iroquoian villages in southern Ontario. This was primarily because the study of what was to be found within undisturbed deposits of the longhouses had only been attempted by Allen Tyyska in his research of two Huron sites in the Penetanguishene Peninsula in the late 1960s.

At Draper, the expanding village had resulted in at least 14 longhouses being constructed in areas where palisades had previously existed (see Figure 1, our feature image above). In the case of two of these longhouses, middens had previously been created by the dumping of garbage at the base of palisades where they had later been torn down and houses built on top of the areas where garbage had been dumped.

In the 1973 excavations at Draper, House 2 was selected for very detailed investigation and a large number of artifacts were found at the southwestern end of the longhouse. Unfortunately, the excavations did not extend far enough beyond the edge of the house to reveal the presence of the rows of palisades which preceded the construction of the house. Accordingly, the interpretations about life in this end of the house were negated by the failure to recognize the presence of the midden and otherwise important observations were made about life in the longhouse in the central portion of the structure. 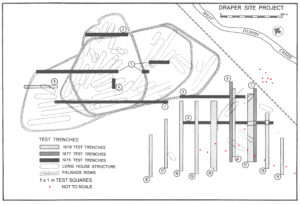 The excavations of Houses 2 and 5 at Draper provide a cautionary tale that if we are to explore the living floors of undisturbed longhouses, we must be aware of the possibility of contamination of these deposits from activities of earlier occupations. This is sometimes easier said than done. One of the ways to do this is to excavate a series of test trenches across an undisturbed site to search for the palisades before digging any house structures. At the Draper site we dug 18 test trenches to gain some preliminary information about the placement of houses and palisades. By digging two of the trenches (#s 4 and 9) in Figure 3, we discovered two houses (#s 12 and 39) which we were able to dig completely in 1 x 1 m squares. This provided us with the knowledge that there would be no contamination from middens at the base of the palisades since these were located at varying distances from the houses. This is a classic example of strategic planning during the early phases of excavation of a site. 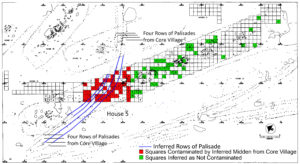 Figure 3 Distribution of Rimsherds in House 5 at the Draper Site (Adapted from Finlayson 1985 Fig. 62)

“Archaeology . . . is the study of human activity through the recovery and analysis of material culture. The archaeological record consists of artifacts, architecture, biofacts or ecofacts and cultural landscapes. Archaeology can be considered both a social science and a branch of the humanities.” Wikipedia

This work and the accuracy of it is paramount to us continuing to learn more about our Ontario history and those who lived here before us.

Thanks kindly for your continued interest and fascination with this study. I welcome your thoughts and comments here and on social media (Facebook and LinkedIn) and I do my best to respond in a timely manner.