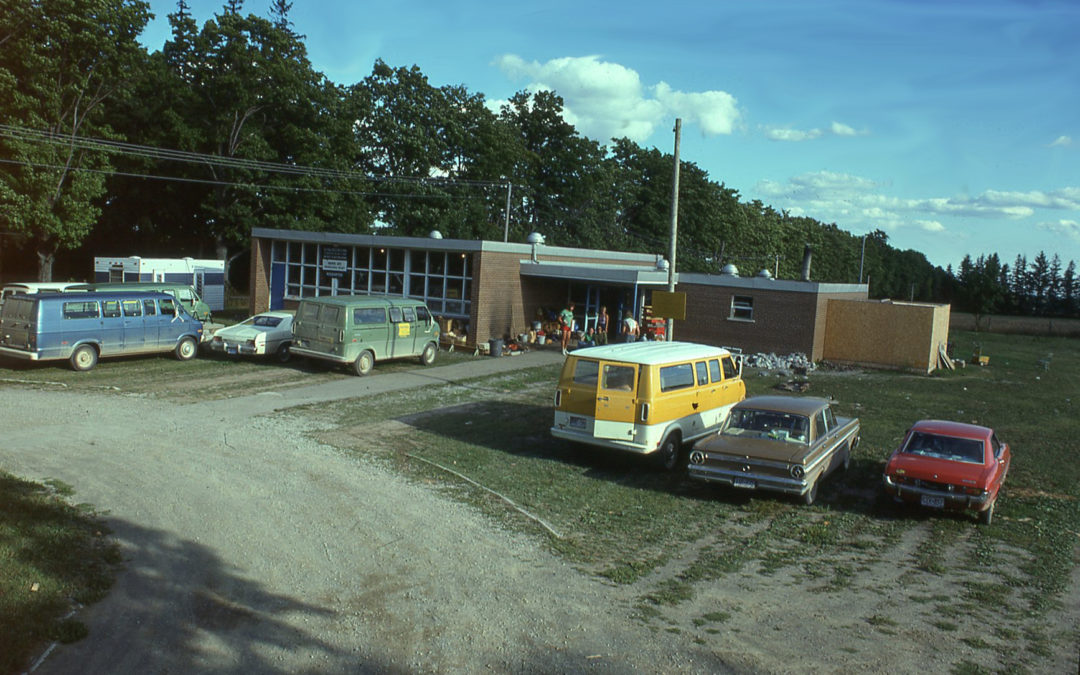 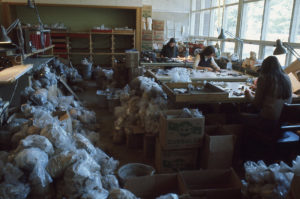 Figure 3 – One classroom was used for cataloguing artifacts

One of the advantages of our field work at the New Toronto International Airport from 1975 to 1979 was that we had the use of some of the buildings which had been expropriated by the Federal Government.

Most important was the two-room Glasgow schoolhouse a few km north of Draper. This became our headquarters for the large crews in 1975 and 1978 (see feature image above, figure 1).

One of the classrooms became our laboratory for cataloguing artifacts, preparing field maps and preliminary identification of animal bones, carbonized plant remains, and soil studies. The second classroom became our dining hall; it was also used by the crew in 1975 to fill out the pencil-marked computer cards which was the process we used to prepare data for entry into the computer at that time. In 1978, we chose to have two key-punch machines in our office space located in another house we occupied for administration (figure 2). 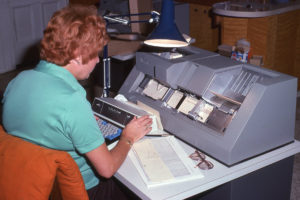 In the Glasgow school, we converted the staff washroom into a ­­­darkroom and the staff room became our kitchen. We added an outside shower for crew to use at the end of each day. In both years, some of the crew pitched their tents in the adjacent school yard, while in 1975 others pitched their tents adjacent to an abandoned farmhouse west of the Draper site. 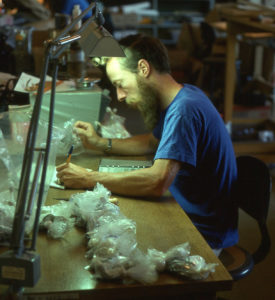 Outside, the crew washed the artifacts, primarily by using a pressure water sprayer behind the school, while in one of the classrooms, the washed artifacts were sorted and catalogued by a crew of two to three individuals (Figures 3 and 4). In this way, we were able to catalogue more than half the artifacts in the field prior to returning to the labs at The University in London. In 1975, we had a graduate student in geography, Fraser Mark, studying soils of the Draper site (Figure 5), while Jim Burns began the process of separating bone artifacts from the remainder of the animal bones recovered and began their identification. Charlie Turton processed up to 50 13-litre flotation samples a day, dried them, undertook some preliminary identifications of carbonized plant seed recovered, and packed the rest for future study. Charlie was excited that his work produced the first tobacco seeds ever recovered on any Iroquoian site in Ontario. 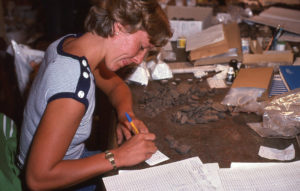 By undertaking major portions of the processing of the artifacts and information recovered in the field, we were able reduce the amount of such work to be handled back at the laboratories at the University.

My next post will expand on a few of the trials and tribulations we experienced during the Draper excavations.

In retrospect though, we have never had comparable facilities to support our field work at any subsequent projects we undertook at the museum. That was one of the joys of digging the Draper site, which 40 years later is the most significant dig I have ever directed.