My Early Years at The University of Western Ontario 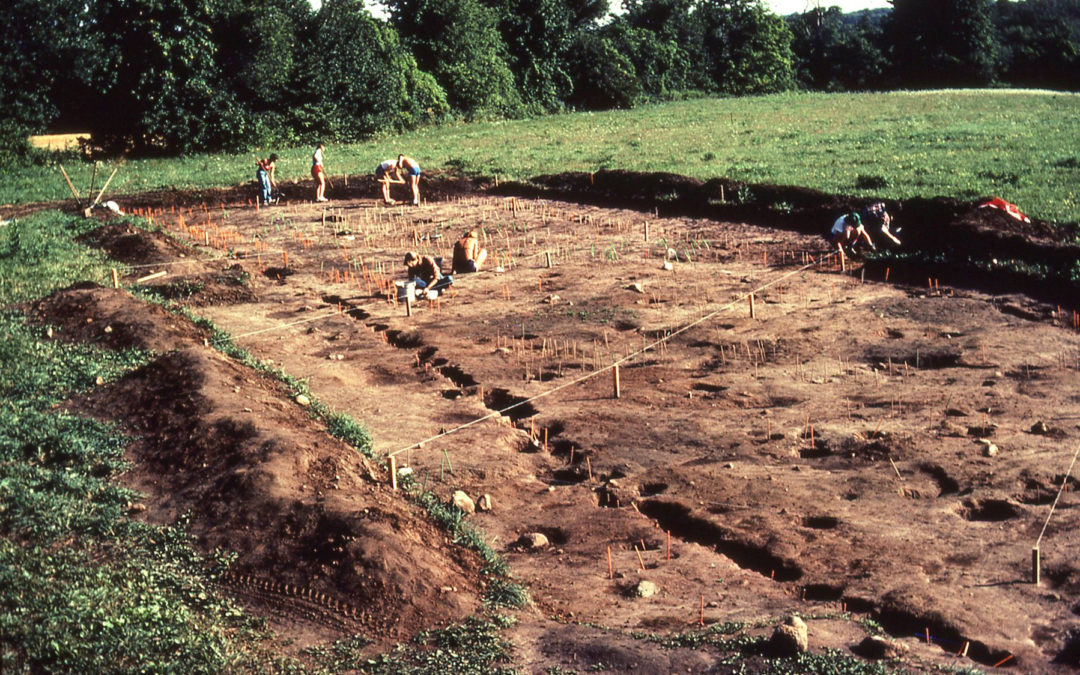 In the spring of 1973, I had finished writing my comprehensive examinations for my Ph.D. degree at the University of Toronto and was starting to think

about finding a permanent job. I had two tentative offers of employment, one from Don MacLeod working for the Ontario Ministry of Natural Resources Archaeology Program; the other was from Professor Stuart Struever, to work for him at his Center for Illinois Archaeology operating in the Lower Illinois Valley.

Worth mentioning is that I had taken a three-month leave of absence from the Ph.D. program at U. of T. in the spring of 1971, spending that time as a visiting graduate student in the Department of Anthropology at Northwestern University in Evanston, Illinois. During those three months, I scheduled a reading course with Stuart where we would meet for two hours each week to discuss the readings previously assigned. This was one of the most rewarding and challenging courses I ever took at graduate school and it was instrumental in developing and refining my research interests in settlement pattern archaeology.

That said, unfortunately, neither of the two job offers were very attractive. Luckily, around the same time, The University of Western Ontario advertised a position for a lecturer with a specialty in Ontario Archaeology for its newly created Department of Anthropology. This was the only university-based job for an archaeologist in Canada that year and I applied for it, as did two of my fellow graduate students from U. of T., Dean Knight and Peter Ramsden.

I won the competition for the job and began work in London in July 1973. Once there, I discovered that the department had originally been established as the Department of Anthropology and Archaeology. However, after hiring Dr. Michael Spence for his experience in Mesoamerica and Ontario, the “and Archaeology” had been dropped. The “and Archaeology” had originally been added to recognize the very significant contributions of Drs. Wilfrid and Elsie Jury, particularly their work on the excavation and reconstruction of Sainte-Marie Among the Hurons and the Military and Naval Establishments in Penetanguishene, both of which had resulted in very large contracts for the university and very significant public relations opportunities. I also learned that, originally, the position of Lecturer in Anthropology was to be filled by Wilfrid’s protégé, but this individual had failed to complete his Ph.D. and was therefore ineligible to apply.

In the 1973-74 and 1974-75 school years, I was the junior member of the department and was assigned to teach two Introductory Anthropology courses, which comprised 80% of my teaching duties.  In 1973-74, I taught a half course in Great Lakes archaeology, while in 1974-75, I instructed a field methods course at the Crawford Lake and Rife sites for 10 days before the start of the class that term (Plate 1, see image above). The latter was undertaken as a reading and research course since no field method programs was on the books.

Among my administrative duties, I was appointed as the departmental representative on an Office of the President Ad Hoc Committee, established to respond to a request from the UWO Alumni Association  to create a facility to house Wilfrid Jury’s Collection of Indian Artifacts and to create a plan to develop the Lawson Prehistoric Indian Village site. The Lawson Site was a Neutral Indian Village occupied about 1500 A.D., which Wilfrid had arranged as a donation to the university by Col. Tom Lawson and Elizabeth Klinger and Martha Hamilton of the Fuller family. He had also recommended building a log house beside the site to store his collection of artifacts.

The ad hoc committee’s report recommended the revitalization of the museum in two phases, the first being the development of research space and a temporary display gallery on campus, and the second being the construction of a new museum building beside the Lawson site.

It was with this background knowledge that I took on the job to dig the Draper site, which was a vital component in the revitalization of Wilfrid’s Museum, in part because it demonstrated the ability of archaeology to continue to attract large contracts to the university. It is also part of the narrative in understanding how the opportunity arose for me to become Executive Director of the Museum without a university salary.

I have often wondered what might have happened if the “and Archaeology” had not been dropped from the Anthropology Department and a program had been implemented for the effective training of Ontario archaeologists. This would’ve meant six-week summer field schools on Ontario archaeological sites, laboratory courses for the processing, description, and analysis of artifacts from Ontario sites, the preparation of publications, and the ethical conduct of archaeology. Given the contributions of Wilfrid and Elsie Jury and their standing within the university community back then, there was a tremendous opportunity for such an initiative–one that was sadly not pursued at that time.

Feature image of blog post: Plate 1 – Students from UWO Field School Participate in the Excavation of House 2 at the Crawford Lake Site