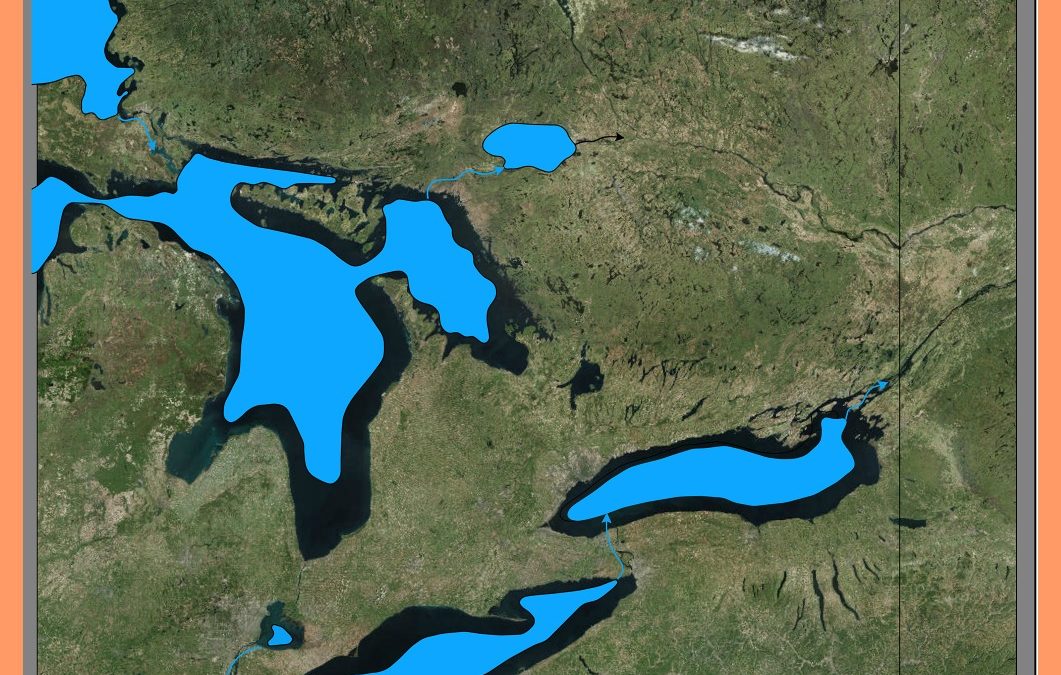 memoir, continuing my exploration of underwater geology. Enjoy these reflections of the past.

After testing our underwater survey techniques in Lake Superior and doing a recreational dive in Surprise Lake, we spent about six weeks diving the waters between Tobermory and Manitoulin Island.  At the beginning, we lived in an old fishing camp on Fitzwilliam Island. Later we pitched tents in a small bay on Cove Island. Over the six-week period, we mapped the lake bottom between Tobermory and Manitoulin. Roger Deane, the Professor of Geology from 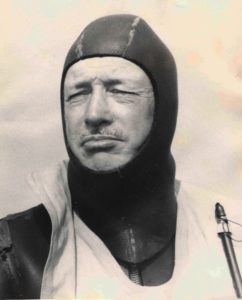 the University of Toronto I was working for, was searching for the outlet of Lake Huron. Roger believed it drained east along the French, Mattawa, and Ottawa Rivers about 9,900 years ago. This was grueling work. Roger drove the boat, managed the depth sounder and the diver below, while two of us set up surveying instruments on points of land on two different islands and took readings on the boat. The readings involved recording the angle of the boat in degrees, minutes, and seconds off north, and writing these measurements in a notebook beside the appropriate 30-second time intervals. I soon became an expert in using this surveying instrument called a transit. It was much like learning to ride a bicycle, and something I’ll never forget. This technique put me in good stead throughout my future career. 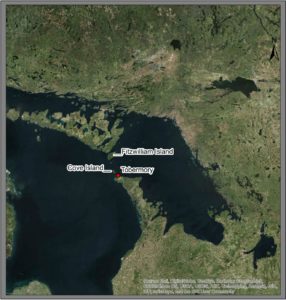 It was while living with Roger on the islands north of Tobermory that I also learned to appreciate good food in the field. The four of us took turns cooking, and Roger always made sure we had plenty of quality food in camp. Funny, however, when it was Roger’s turn to cook, it was a whole different story. On those nights, we usually went to the Davey Hotel in Tobermory. Mrs. Davey would be expecting our visit and, once settled at our table, she’d deliver four giant T-bone steaks on a large platter. With wide eyes, we inspected these juicy beasts and needed to assure her that these would suit us just fine. Along with steaks done to our taste, Mrs. Davey served us baked potatoes and garden-fresh vegetables. Did this ever spoil me for the summer of 1966! 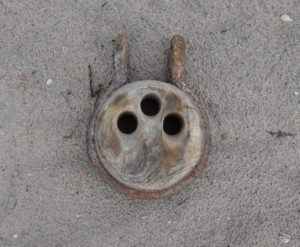 One particular day, I was dropped off at the northwest tip of Cove Island to take transit readings on the boat with the depth sounder. As I walked toward my designated location, there, on the shore of the Island was a dead-head from a sailing ship which had probably, at some point, been lying in the depths of the lake near Cove Island. I could not believe my eyes! This is one of my most treasured artifacts from that summer’s work.

We never did find the outlet that Roger was searching for, but I hear that it was found in the recent past. Regardless, it was surely a summer to remember!