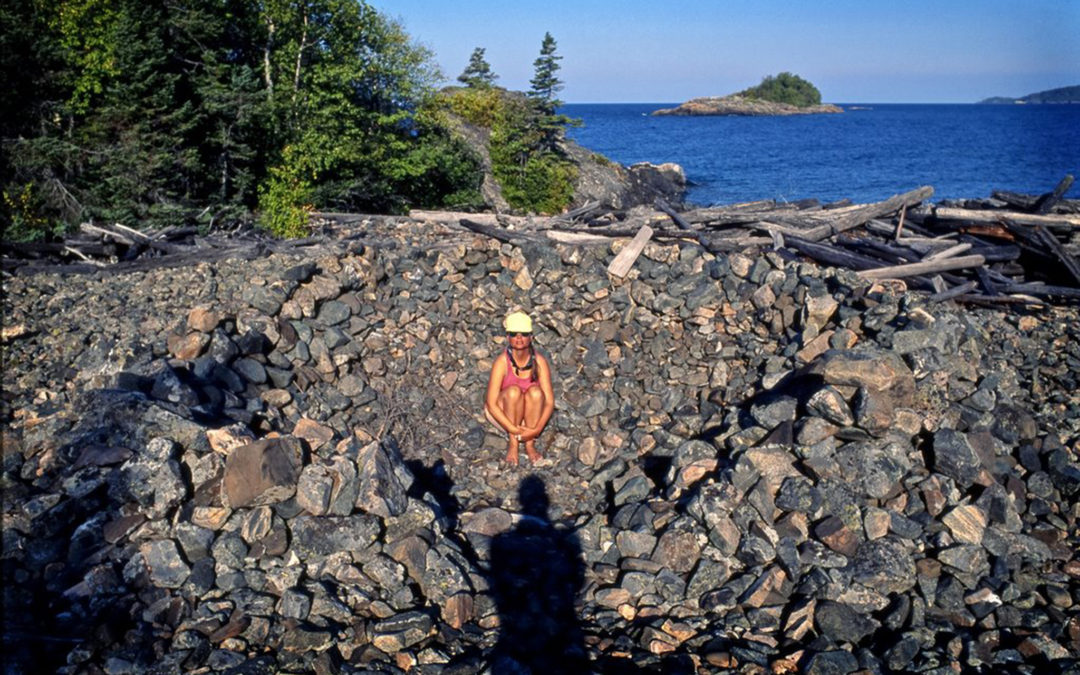 Welcome back. Here’s another walk down memory lane.

You may recall in my previous post, I described Professor Roger Deane’s underwater geological survey from Tobermory to Manitoulin Island during the summer of 1965 in which I was one of the divers.  Once we completed our work at Tobermory, Roger took us back to Lake Superior where we joined Professor Ken Dawson, an archaeologist at Lakehead University. Our goal was to investigate the Pukasaw pits at 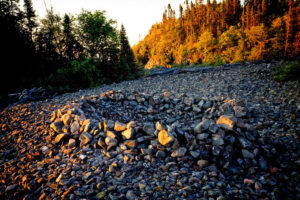 Red Sucker Point, now called Puckasaw National Park. The Puckasaw pits were rock features which form circular depressions in the rock beaches. These beaches often rose like steps from the north shore of Lake Superior. In the past, a number of archaeologists have studied these pits quite extensively.

Of particular note were Norman Emerson’s investigations during 1958 and 1959. Emerson, an archaeologist from the Department of Anthropology at the University of Toronto, had identified, mapped, and test excavated 70 of these structures in 1958 and returned again in 1959 to undertake a more detailed excavation of selected structures. Emerson concluded that the best explanation for these pits was that they were vision pits used by the Cree and Ojibway “to commune with the supernatural.” (Emerson 1959:72) 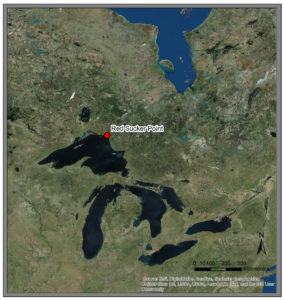 Ken Dawson believed that these pits may have been used as shelters while native people fished along the shores of the lake. In addition, he suggested that we might find copper fish hooks and other fishing implements on the lake bottom offshore from the pits. What a great tip to follow up on.

Accordingly, we conducted a systematic search of the lake bottom but to our disappointment, we found no such evidence of fishing equipment from the proposed native occupants of the pits. In the end, our research shed no further light of the use of the pit’s enigmatic features, but it was certainly an exciting endeavour nonetheless.

Will we ever know what these pits were used for? What do you think? Feel free to comment.