Our Lands Speak: 1974: Getting Ready to Dig the Draper Site 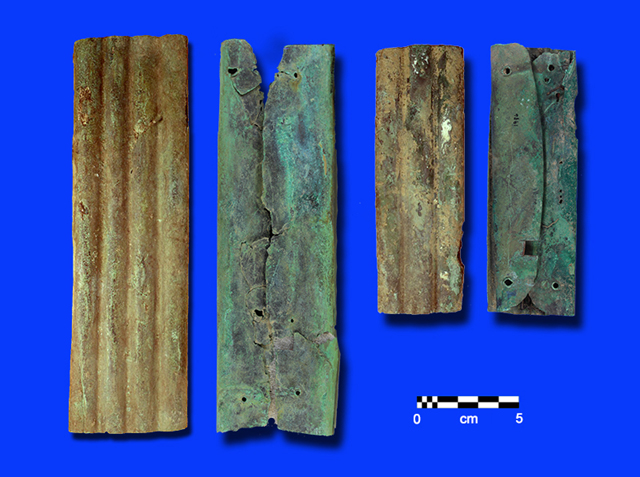 In my blog post on January 2 of this year, I discussed the importance of my Ph.D.

research in the field and laboratory in preparing me for my future career in archaeology. This was particularly the case when I agreed to undertake the complete excavation of the Draper site in 1975.

Draper was a large Late Woodland village which was thought to be occupied about 1450 A.D. It had been subject to test excavations by the Ontario Archaeological Society in the 1950s and Peter Ramsden for his M.A. research in the 1960s.

With the proposed construction of the New Toronto International Airport, the site had also been subject to initial salvage excavations under the auspices of the Ontario Archaeological Society in 1972 and 1973. These excavations had been organized by the Archaeological Survey of Canada, National Museum of Man, National Museum of Canada with funding from Transport Canada, the agency responsible for airport construction.

After the completion of the 1973 excavations, the Archaeological Survey was not pleased with the progress made in salvaging the site which was to be destroyed in 1976. I received a call from Jim Wright of the Archaeological Survey with whom I had worked in the Arctic and eastern Ontario. Jim explained their dissatisfaction with the previous work and told me that he believed that there were only two archaeologists in Ontario whom he thought could do the job. He had asked Professor Bill Noble of McMaster University if he would, however, Professor Noble had declined. 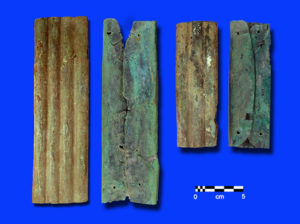 One of the most significant artifacts discovered during the excavations of sites for my Ph.D. dissertation was the recovery of two copper-sheathed pan pipes. These were musical instruments made with reeds of elderberry branches hollowed out and encased in sheet copper. Only about 113 of these have been recovered in Eastern North America with about a dozen found in Ontario. The recovery of these provided new insights into the trade networks extant in Eastern North America in the first few centuries A.D. Photo Courtesy of the Canadian Museum of History and the author.

After considering Jim’s offer, I indicated that I would do the job but could not undertake the work until 1975. There were two reasons for this. First, I knew I had to complete my Ph.D. dissertation for I believed that, if I had stopped to dig the Draper site right then, it would’ve been much harder toto return and finish the dissertation and get my Ph.D. degree. This would have significantly limited my future opportunities since there were very few jobs in the mid-1970s and even fewer for archaeologists without a Ph.D.

The second reason was that I needed time to develop a set of computer programs to assist in the processing of artifact catalogues, mapping of the village comprised of longhouses and palisades, and describing and analyzing the hundreds of thousands of artifacts that would be recovered from the excavations.

With the end of my teaching duties in April 1974, I began the task of completing these two goals. Beginning May 1, I worked 10-12 hours a day, seven days a week for three and a half months.

By August 15, I had prepared the final copy of the 727 pages of my dissertation with the exception of the 68 pages of the concluding chapter. Of course, this was before the days of word processors and the entire dissertation had to be typewritten. Since I could not create this document on a typewriter, I had to hand-write a draft, have a type-written draft prepared for editing, and then prepare a final clean copy. I paid 25 cents a page for the draft and final copies. The dissertation also involved the preparation of 50 black and white photos, some of the excavations, most of artifacts, 123 tables with descriptive data on the artifacts, and 35 figures, mainly maps.

The final 68 pages of Chapter 5 of my dissertation—the comparisons and conclusions—were written over the Christmas break so that by January 1975, I had completed the dissertation and could turn all of my attention to the upcoming 1975 excavation season.

Throughout the summer and fall of 1974 and the early part of 1975, I also worked on developing the computer programs needed for our forthcoming work.

By August 15, 1974 I was exhausted. I hopped a train to Nova Scotia and took some time exploring Halifax and the surrounding area. I also spent several days relaxing on the grounds of the Halifax Citadel reading J.R.R. Tolkein’s Lord of the Rings, recharging my batteries to be ready for the new school year in September.

In my next blog, I will review our work developing the computer programs we needed for 1975.

There’s much more in the way of exciting details to follow. Stay tuned. And remember, if you linked to this post via social media but would prefer to have it sent directly to your inbox each time my team publishes a new article, be sure to let us know here.