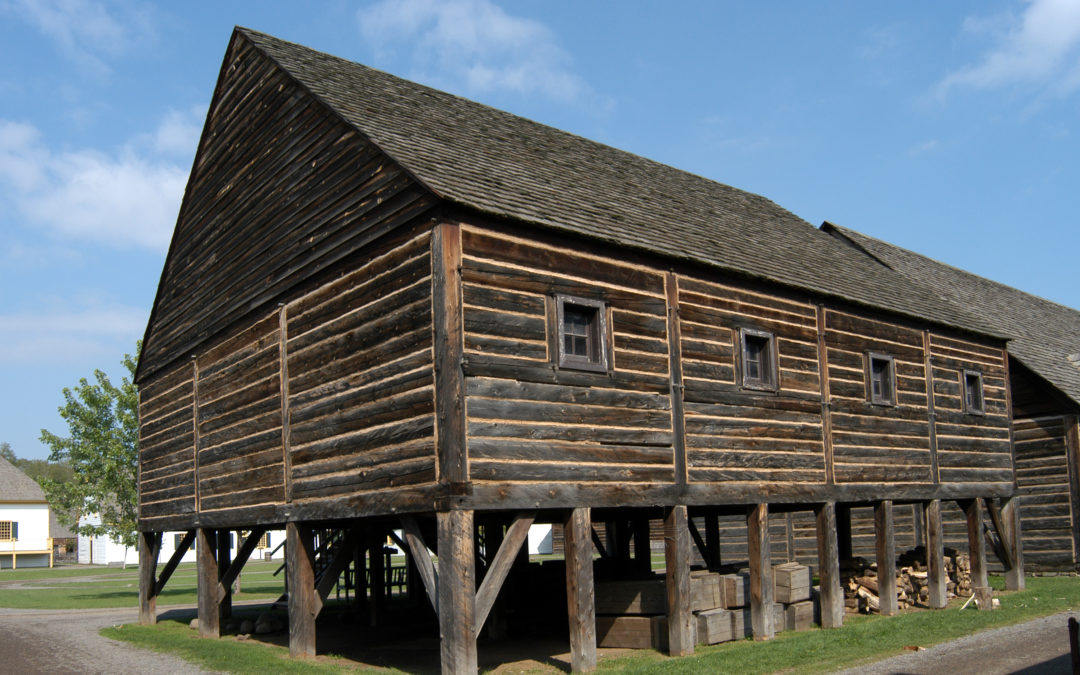 One of the most puzzling structures investigated at Patterson Village

was a rectangular pattern of large posts which formed a structure 14 m long and 7 m wide. In many cases, the wood of the posts was preserved, while in other cases, the wood had rotted away leaving a circular dark stain in the soil where the wood had been. We call these dark stains post moulds, since the stain represents both the hole that was dug to place the post and the organic material left by the rotting of the post. This structure was unusual in the very large size of the posts/post moulds, which often attained a diameter of almost one metre. The large size of this posts suggests that they supported a building of considerable weight.

In trying to understand the function of this structure, I examined some early historic photographs of drive sheds which would have been used to store farm equipment out of the elements. The problem with the pattern of posts at Patterson Village was that they formed a rectangular pattern with no space for the entrance or exit of equipment along one of the longer sides of the structure.

Additional research online revealed a raised storage building that had been reconstructed at Fort William near Thunder Bay, Ontario (see feature image above). This building was probably used to store furs and prevent their damage by rodents such as mice.

I originally thought that this building at Patterson Village may have been used to store crops grown on the property for the use of the villagers. However, Ruth Redelmeier, who has spent more than two decades researching the village, the Patterson & Bro. Manufactory, and the Patterson family indicates that she has found no reference to the growing of crops for the villagers and the storage of the crops within the village. 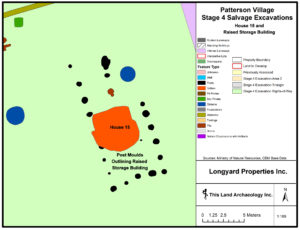 Accordingly, the true nature and function of this structure remains an enigma. Perhaps one of our readers will have an idea about this feature.

Sometime during the occupation of Patterson Village, this structure was taken down and a cellar and cistern constructed where it had stood. There is also a fascinating story about what takes its place, in particular the house (# 15 on the plan included in the body of this blog); and this will be the focus of my next week’s post.

My thanks to Shannon Kyles of www.ontarioarchitecture.ca for permission to use the photograph of the building at Fort William.

By the way, if you’re finding my blog articles via Facebook and LinkedIn, that’s great. For added convenience, and to ensure you don’t miss any, I invite you to sign-up here to receive them delivered directly to your email.