Our Lands Speak: An Unusual Grave Marker from Ivanhoe Lake 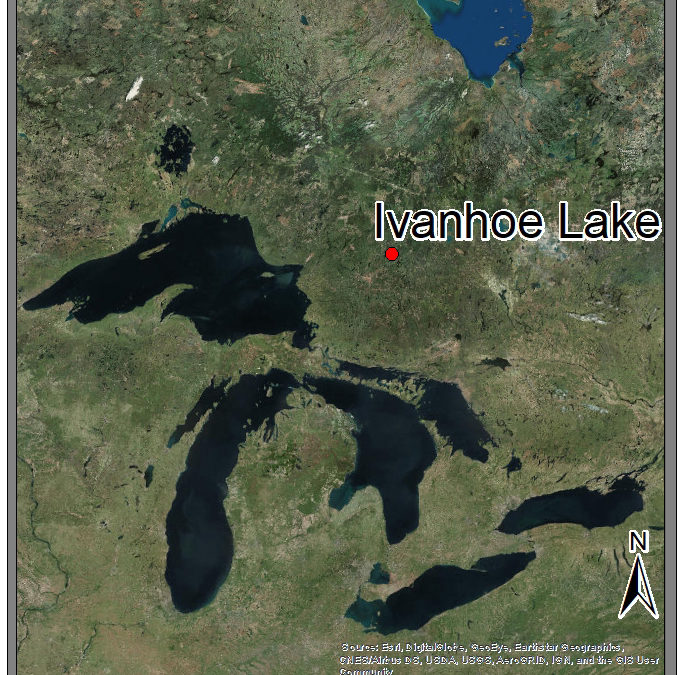 Archaeology is a fascinating industry that I am thankful to be a part of. You

never know what you might find next, this week’s discussion is no exception.

In March 2001, I took early retirement from the London Museum of Archaeology and began to explore the possibility of conducting research on Hudson’s Bay Posts in Northeastern Ontario. Between 2001 and 2004, I did some preliminary investigations on three Posts and a cemetery at Ivanhoe Lake, which proved very interesting

In 2001, my former neighbour, Gary Lennox, along with Paul Wroe, brought to my attention to an old cemetery near their cottages. They were told that it contained 23 graves of mostly Indigenous people, and possibly a local girl. I gladly undertook an assessment of the Ivanhoe Lake Cemetery (DbHp-3) on the shore of Ivanhoe Lake southwest of Folyet in northeastern Ontario (see Map).

The cemetery had been marked by a wooden cross; there had also been a metal cross which had unfortunately been vandalized several years earlier. I recall having visited this site with Paul and Gary in the fall of 2000 and we had noticed a metal fleur de lys on the surface (see Plate 1). At the time, I did not recognize what this object was.

Paul, Gary, and I returned to the cemetery in the fall of 2001 with the assistance of the Ontario Ministry of Natural Resources (MNR), arranged by Susan Lindquist, and Domtar Inc. 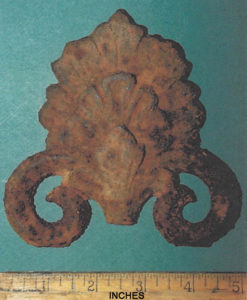 fragment of metal. These investigations jogged the memory of an MNR staff member who recalled that the damaged metal cross had been collected from the cemetery, welded back together, and placed in storage to prevent further destruction. The puzzle pieces were coming together. With Susan Lindquist, we viewed the cross and I was able to photograph it. It became clear that the three pieces of metal we had recovered from the site were part of this cross and that it was a cast-iron cross marking the grave of the three-year-old daughter of the postmaster of the Hudson’s Bay Outpost located on the opposite shore of Invanhoe Lake.

I was able to produce a facsimile of what the complete cast-iron cross would have looked like using Photoshop (see Plate). This revealed that the cross was 134 cm high and 86 cm wide. 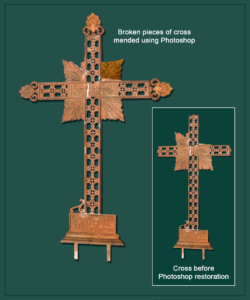 Jessie’s father, Thomas Moore, who was postmaster of this outpost from 1857 to 1892, must have ordered this cross to be manufactured in England and had it sent to his Outpost on Ivanhoe Lake with the annual shipment of supplies and trade goods. This must have taken at least two years and reflects how much Thomas cared for and missed his daughter.

My limited research into this fascinating grave marker suggests that cast-iron grave markers are rare in Ontario and Canada but are more common in Great Britain.

Today, the cross is on display at the Visitor’s Centre at Ivanhoe Lake Provincial Park; so, if you’re in the area, drop in to view it.

Many thanks to Susan Lindquist for her assistance in this project. My report on this work, entitled An Assessment of the Ivanhoe Lake Cemetery (DbHp-3), Sudbury District, Ontario (CIF #2001-079-01) is on file at the Ministry of Tourism, Culture, and Sport.

I would appreciate hearing from anyone with knowledge about the location of additional cast-iron grave markers in Ontario.

Enjoying this step back in time, don’t forget to pick up a copy of my book The Archaeology of Patterson Village in the I C Bookstore. And stay tuned for The Archaeology of Five Queensville Farmsteads, next in Our Lands Speak series.