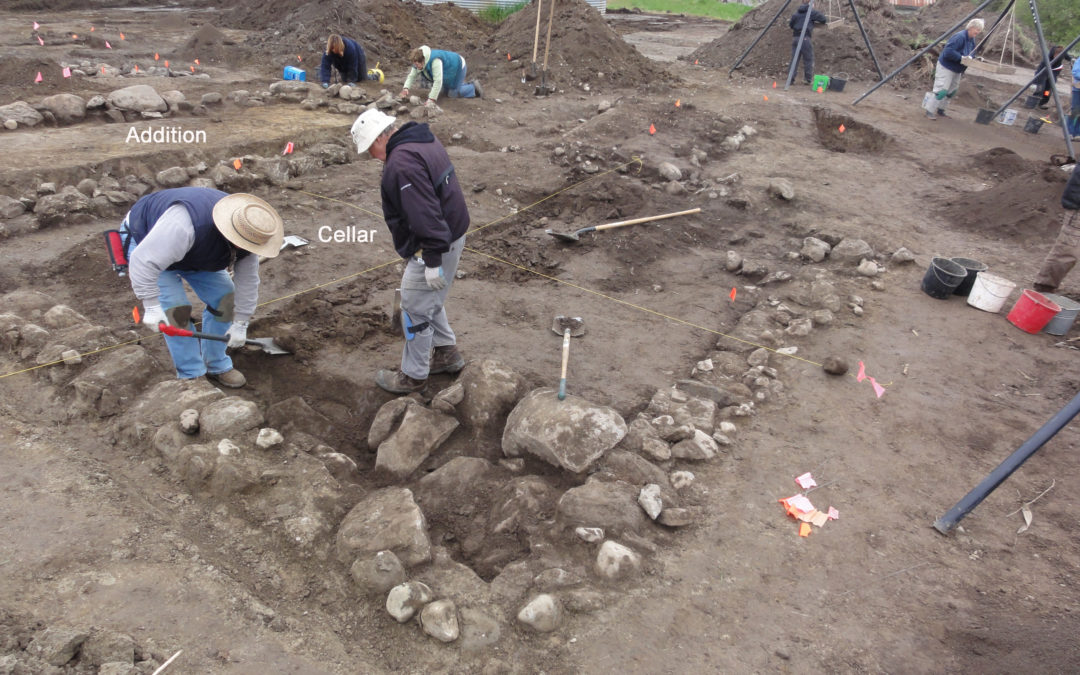 Thanks for joining me again, as we dive deeper in this blog series. As previously

shared, these fascinating excavations encompass The Archaeology of Five Queensville Farmsteads, a 19th Century Crossroads Community in the Township of East Gwillimbury, Ontario. We’re quite excited to have just published this book as Volume 2 in Our Lands Speak, a series of books which detail our investigation of Ontario’s rich archaeological past.

Queensville Site 2 was originally discovered while surveying the farm fields of Lot 17, Concession 2. There we uncovered hundreds of 19th century artifacts scattered over the side of a hill which was being farmed. This was clearly a midden where garbage from the occupation of the flat land above the hill had been discarded. 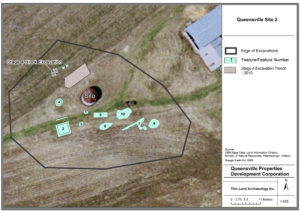 Our archival research revealed this lot was purchased in 1817 by Arthur Wood who leased it to the Arbuthnott family who lived there and eventually purchased the land from Wood in 1859. When Alexander Arbuthnott died, the land then passed to Betsy Evans who was living there at the time of the 1872 census. Evans sold the land to Peter Crann who lived there when the 1878 County Atlas was published, and Peter eventually leased the land to his son George. Our research also revealed that there was a house on the property in 1970 since it is present in the aerial photographs taken that year but was gone by 1979. The land certainly had many dwellers. 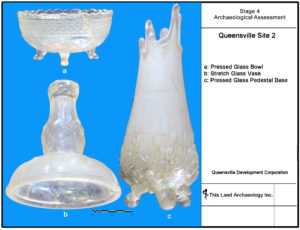 Our stage 2 and 3 archaeological assessments were undertaken in 2008 and 2010, while stage 4 salvage excavations were begun in 2010 and completed in 2011.

As was the case with Queensville Site 1, where we discovered two cellars, the first one was merely dirt walls and floor, and a later one with stone walls. This cellar had stone footings for what may have been an attached woodshed.

In addition, we recovered 12,674 artifacts during our stage 4 excavations. Among

the more unusual items unearthed were three objects made of pressed glass. One was a glass bowl while another was a stretched glass vase and, fortunately, we were able to reconstruct these. Also present was a pedestal base for a larger item.

Our findings did not end there. Our team discovered an unusual rectangular feature in the subsoil. This was 3 m long, 1 m wide and 30 cm deep with its outer edges lined with a plaster-like material. We do not understand the function of this pit, but have found others like it on other sites we have excavated. Another puzzle remaining to be solved.