Our Lands Speak: Early Excavations at the Draper Site – Part 2 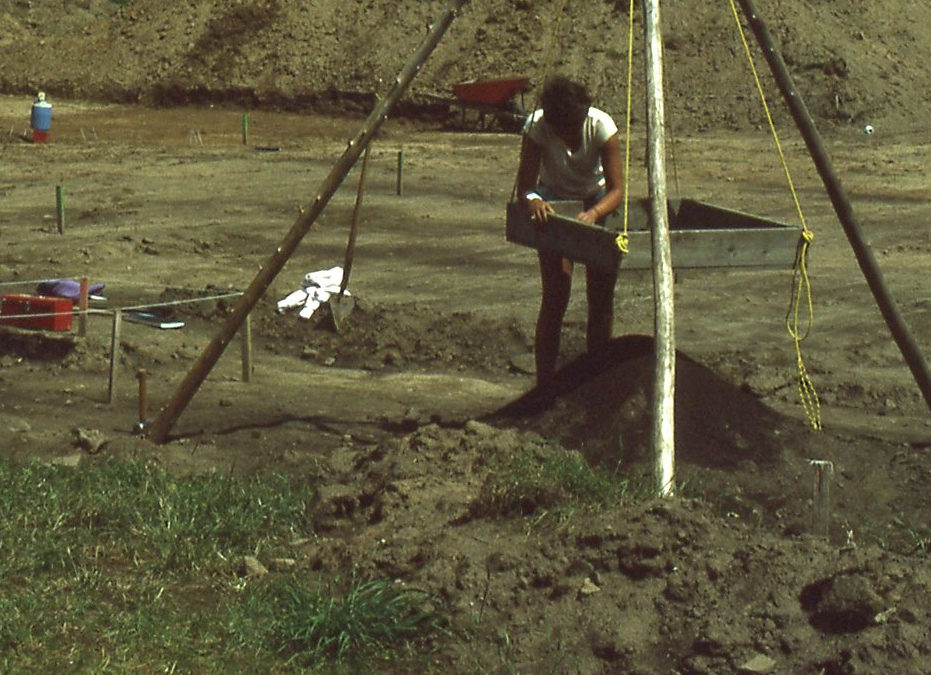 Welcome back. In my last blog, I reviewed the excavation at the

Draper site prior to the expropriation of the land for the proposed construction of the Pickering Airport.

With the development of plans for airport construction, the Archaeological Survey of Canada, National Museum of Man, National Museums of Canada worked with Transport Canada to undertake salvage excavations at the two known Iroquoian sites on Airport Lands.

In 1972, a contract was made with the Ontario Archaeological Society to begin the salvage excavation of the Draper site. These excavations were directed by Marti Latta, a graduate student in the Department of Anthropology at the University of Toronto. A large part of one longhouse was excavated, the first on the site, along with some midden. While there were problems with the excavation, one of the most important observations, by Peter Ramsden who wrote the report on this work, was that there might be significant differences in the distribution of the pottery vessel fragments from different parts of the site. About 529 square metres of the site were excavated.

The Archaeological Survey of Canada continued to support work in 1973, again under the auspices of the Ontario Archeological Society. This year, Brian Hayden, another graduate student in the Department of Anthropology, University of Toronto, took the lead. Hayden adopted a very theoretical approach to his excavations and undertook the very detailed excavation of part of a second longhouse on the site. His excavations involved digging in 50 cm squares in 3 cm levels. The analysis of the artifacts recovered focused on interpretation of the distribution of artifacts within that part of the house excavated. Unfortunately, Hayden excavated part of a house which was built on palisades around an earlier part of the village and where garbage had been dumped at the base of this palisade. As a result, a significant part of the house had artifact deposits contaminated by this earlier midden, a fact that Hayden did not recognize despite his very detailed methods of excavation. Hayden excavated about 372 square metres of the site.

In addition, Latta directed two Scarborough College, U. of T. field schools at the site in 1973 which exposed parts of four longhouses on the plough disturbed part of the site. This involved the excavation of 276 square meters of the site.

Thus, at the end of 1973, about 2 years before the proposed destruction of the Draper site by airport construction, about 1,410 square m of the site had been dug. Since James Wright, in his Ph.D. dissertation the Ontario Iroquois Tradition, had estimated the site to be 28,327 square meters in size, only five per cent of the site had been excavated. It was at this point that James Wright, from the National Museum, reached out the me to undertake the complete excavation of the site.

Should you be interested in learning more about Our Lands Speak Series as a whole, be sure to check out Volumes 1 and 2 here on my website. More info on The Archaeology of Patterson Village and The Archaeology of Five Queensville Farmsteads can be also be found in the I C Bookstore and Amazon. And we’re deep into our work on Volume 3. Stay tuned.

I am passionate about this work and enjoy sharing my 50+ year-journey with others who are fascinated with our heritage. Feel free to email me to inquire about my speaking on 19th Century Ontario Archaeology.