Our Lands Speak: Featuring the Largest Pit Privy North of the Boarding House 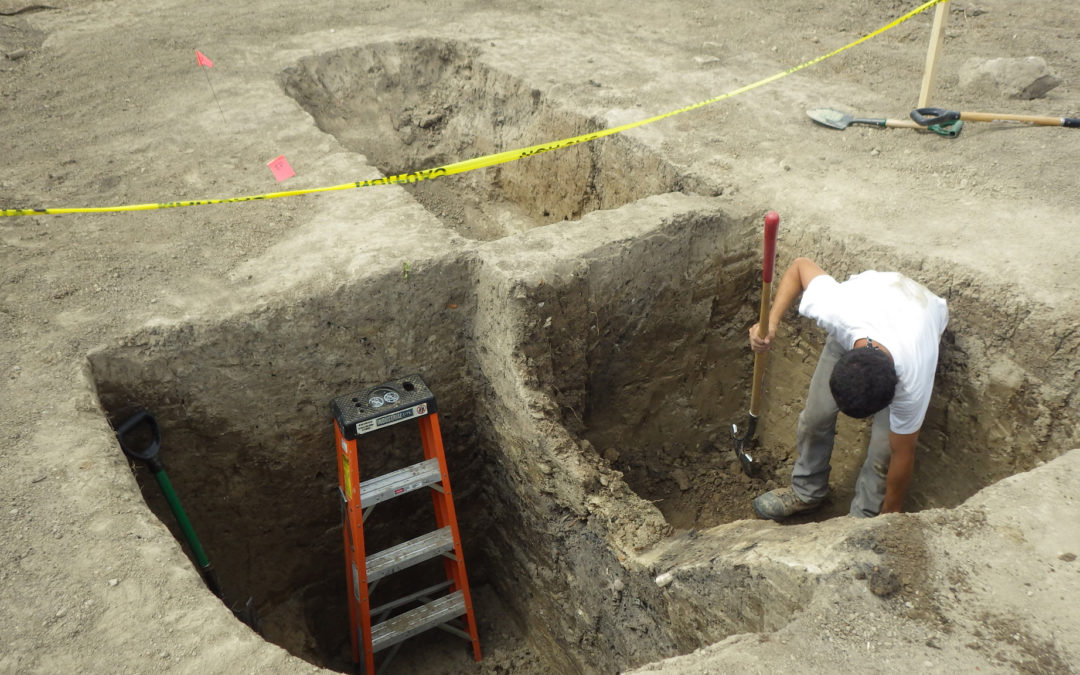 Our investigation of the privies at Patterson Village continues. You may recall, in

our last blog, we discussed an amazing box privy associated with the closing of the Boarding House after Patterson & Bro. farm equipment manufactory moved to Woodstock in 1886. Not only did this privy contain more than 11,900 artifacts, it also included many whole bottles, and a variety of dishes used to serve meals to the men in the boarding house. Unexpected items included a spittoon, (a pot typically used for spitting into). To date, this is the only spittoon I have found in my thirteen years of digging 19th century archaeological sites.

Today, we conclude our conversation regarding the fascinating privies by saving the largest for last. This  extremely large pit privy was found behind the boarding house, just to the west of the box privy. There we dug a very large hole which measured 3.1 m long, 2.3 m wide and 1.75 m deep. Clearly this was a multi-seater privy for use by the boarding house residents. I would estimate that there were at least five seats in this privy.  Certainly not a place for modesty! 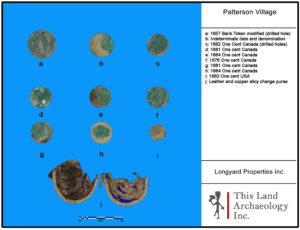 Additional finds in this privy include twenty-three complete bottles, twenty-four pieces of leather shoes or boots, and a padlock. Also of interest was the recovery of a mere 118 pieces of chimney glass. The box privy we talked about last week had 6,788 pieces of these sharp glass fragments. Clearly the box privy was the preferred place to dispose of these sharps, not the large pit privy. Could it be that the large privy was used by the men in the boarding house and that the privy with the box under it was used by the women who worked in the boarding house cooking and cleaning? Another conundrum to ponder! What do you think?

If you’re as intrigued by Patterson Village as we are, you can purchase the paperback or e-book on the I C Bookstore.