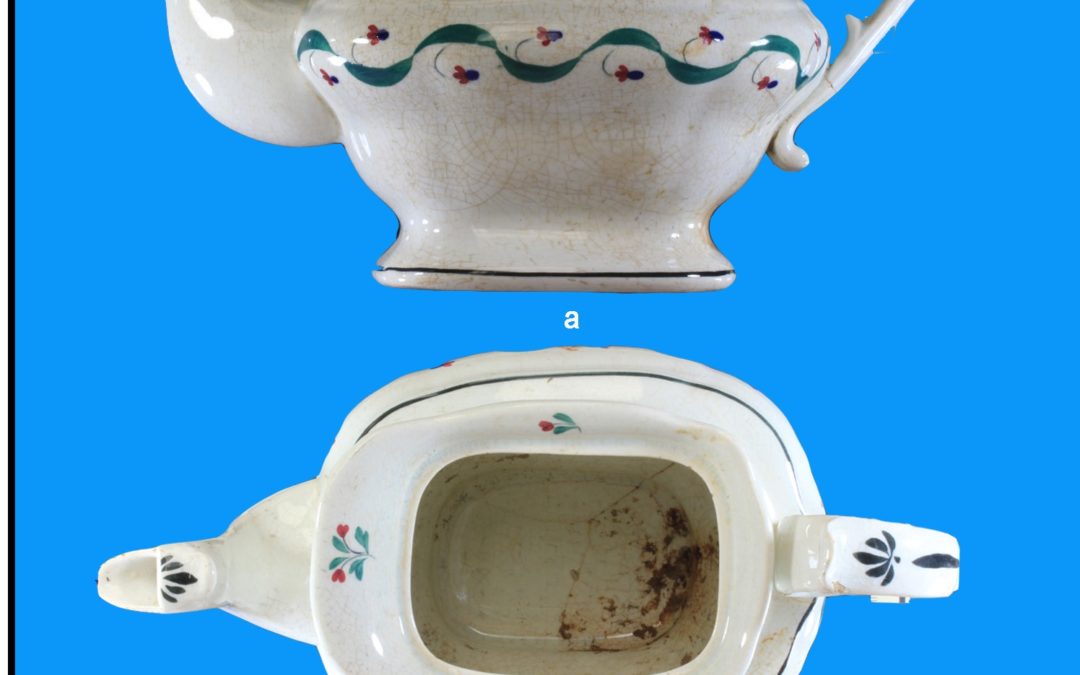 50 years in Ontario archaeology. We pivot back now to the blog series on The Archaeology of Five Queensville Farmsteads: a 19th Century Crossroads Community in the Township of East Gwillimbury, Ontario, Volume 2 of Our Lands Speak series. This is part 2 on our excavation of the Queensville Doan site.

In the previous blog, Queensville Doan Part 1, I described the demolition of a recent addition to the 19th century farmhouse so as to reveal archaeological deposits under it. I also shared the interesting discovery of a large corral 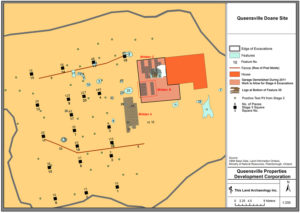 defined by rows of post moulds, a rarity in our excavation of 19th century farmsteads.

Of major significance, our excavations exposed seven pit privies which had been dug behind the farmhouse. Some of these had lenses of raspberry seeds similar to a few of the pit privies discovered in our excavation of the 20 we found at Patterson Village, a 19th century company town in the Township of Vaughan (OLS Volume 1). 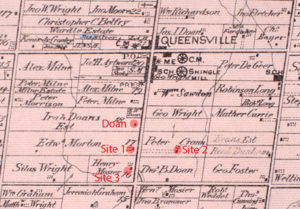 One of these privies, feature 4, was quite surprising in that it produced a total of 2,621 artifacts including a relatively large number of ceramic and glass items which could be glued together.  In December 2017 and January 2018, I spend more than 40 hours rebuilding some of these pieces. In comparison to the small fragments we usually recover, these reconstructed artifacts give us a much greater appreciation of the 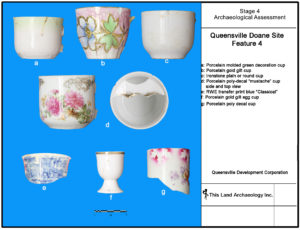 true nature of 19th ceramics and glass. The decorations on the cups, tea pots, and water pitchers are amazing as can be seen from Plates 1 to 3. The diversity of glassware is also portrayed in Plate 4.

In my experience, pit privies often contain a handful of complete items too, probably ones broken by mistake and disposed of in the pit privy to hide the broken item.

The retrieval of all of these artifacts from one privy does raise the question about how they got there. In pondering this, I was reminded of the box privy from behind the boarding house at Patterson Village which produced an amazing 11,926 artifacts

porcelain figures (see Blog Post April 13, 2018). I believe that these items were likely discarded when the boarding house was closed and that this box privy simply provided a convenient hole in the ground to dispose of dishware and other things that were no longer

wanted or needed by the previous inhabitants. 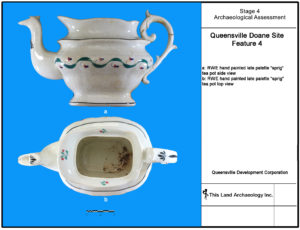 Based on my observations for the boarding house at Patterson Village, for Queensville Doan, I wonder if there was a similar situation for the disposal of this large number of items in the privy. Could this have happened when the Doan family sold the northern half of the lot to William Greig in 1907? This remains yet another mystery which might be solved by further research into the occupation of the Queenville Doan site. 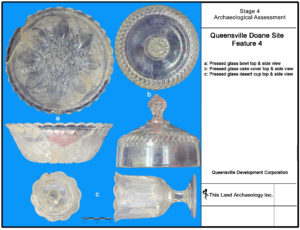 My team and I have a very exciting year planned, as alluded to in my new year’s post, and look forward elaborating more soon. In the meantime, stay tuned, and if you’re local to the Vaughan area I will be doing an interactive reading and book signing on May 12 at 2:00 p.m. at the public library, Maple location (10190 Keele St). It would be great to meet you.

Thanks kindly for your ongoing interest and support.