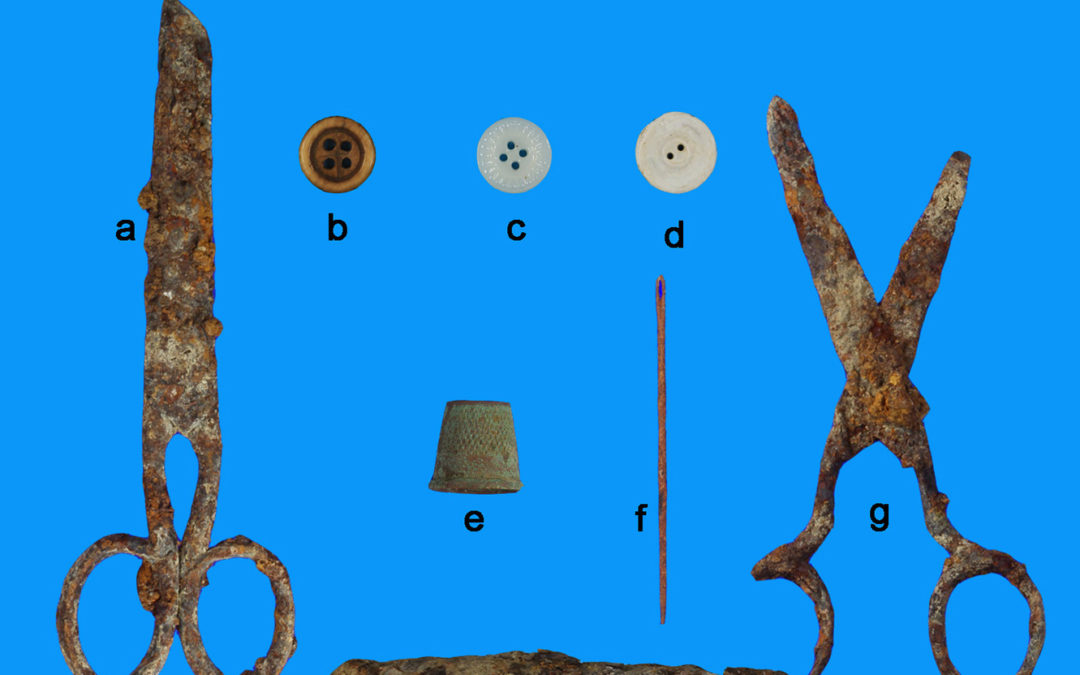 More interesting discoveries at Patterson Village are unveiled. With this,

includes the presence of 18 houses and one boarding house. These buildings were documented in the 1861 Canada Census. We also unearthed the foundation of the church which had burned down sometime in the early 20th century as well as a stable. The location of these have been illustrated in the lithograph of the Patterson & Bro. manufactory in the 1880s. In addition, we uncovered a large number of unique features in the subsoil including 36 privies, cisterns, and a well.

In discussions about Patterson Village with Ruth Redelmeier, she mentioned that she thought there may have been a seamstress living in the Village. This was certainly a possibility given the number of single men who lived in the Boarding House or boarded with families in the Village. 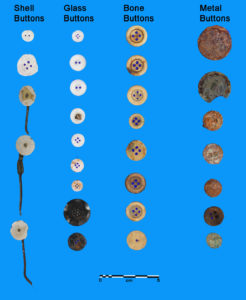 In order to pursue this possibility, I generated lists of artifacts which we might associate with a seamstress such as an iron, scissors, and buttons. These lists were generated by computer and showed what the items were, how many there were, and where they were found. The latter might include cellars and privies and other features in the subsoil near the cellars. 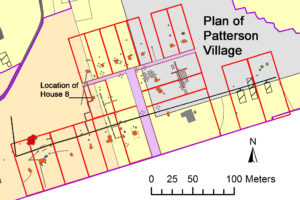 Using these lists, I plotted the locations of these artifacts on the large-scale map of the village I had created using ArcGIS, a sophisticated mapping and analytics computer program, which showed each feature, its type (e.g. cellar, box privy, pit privy), and its feature number.

The resulting maps revealed two pair of scissors, a thimble, a sewing needle, and a cast iron clothes iron were found in the cellar of House 8 as well as, additional buttons were found in the privy and other features near this cellar. The numbers of these items provided convincing evidence that a seamstress had occupied the house associated with House 8. Few of the items were found elsewhere in the village. 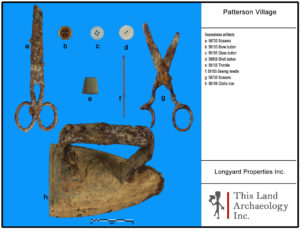 It is by plotting the distributions of artifacts such as those described in this blog that we can conclude the functions undertaken in such houses. Special thanks to Ruth Redelmeier for focusing our attention of this new discovery.

The mysteries of Patterson Village continue to enlighten us, and we hope you are also intrigued by the revelations. In my next blog I will describe a structure that we believe was occupied by a shoemaker, so stay tuned for more exciting stories to come.