Our Lands Speak: The Closure of Patterson Village 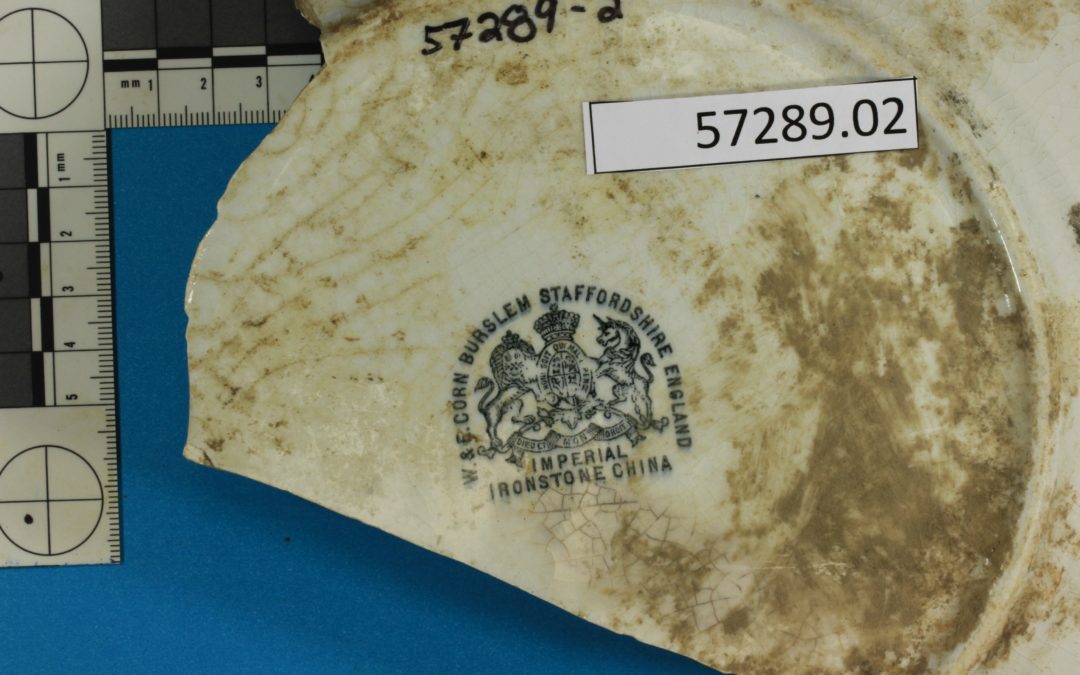 Patterson Village after 1886, which is when the Patterson & Bro. farm equipment manufactory closed. Shortly afterwards, the manufacturing operation was moved to Woodstock after Patterson & Bro. received funding from this municipality for the relocation.

Our excavations at Patterson Village revealed the presence of large quantities of mortar in the filled-in cellars of most houses we excavated. The likely explanation for this is that most houses were moved from the village to other locations in Vaughan Township. It is probable that the chimneys in the houses would have been dismantled and the mortar removed from the bricks to allow their reuse in rebuilding the chimney in the house’s new location. I also propose that any building materials which could not be recycled from dismantling porches, attached drive sheds, and privies—along with the mortar from the bricks of the chimney—would have been used to fill in the hole left by the cellar. 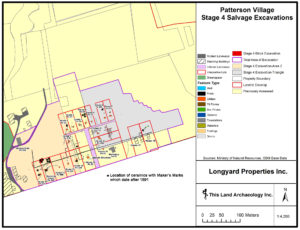 One of the interesting questions is when the village was ultimately closed. As noted elsewhere (Finlayson 2017:85), there was evidence that the church remained in use until at least 1902, since we found two coins with dates of 1901 and 1902 during the excavation of this structure.

Our excavations also produced 18 fragments of ceramics dishes which bore the maker’s marks revealing that these ceramics were manufactured between 1891 and 1903. This indicates that some of the structures at Patterson Village were in fact occupied after 1886. These artifacts were found in the cellars of houses (#11, 14, and the boarding house), in privies which were linked with Houses (1, 4, 6, and the boarding house) and features associated with houses (8, 11 and 18), and from the large midden behind the boarding house. This suggests that these houses were still in use after 1891.

Ruth Redelmeier also has a lease which dates to about 1888 in which Peter Patterson agrees to lease one unoccupied house and the gardens of unoccupied houses to a Mr. Holland (Finlayson 2017:66).

Although there is much more to the process of digging, discovering, and deciphering all that comes from the specialized work we do in archaeology, the above findings clearly suggest that a number of the houses continued to be occupied after the closure of the manufactory in 1886. More research is needed to see exactly when these houses were abandoned and the majority of lands (where the village was located) turned into active farm field(s).

Sharing these facts and insights with the public has remained very important to me. Our lands truly do speak, and I look forward to continuing this blog series to shed more light on our past, from 19th Century Ontario and earlier occupations by Indigenous Peoples.

Thank you kindly for your time and ongoing interest. Is there a topic you’d like to hear more about? Let me know. I welcome your thoughts and questions.