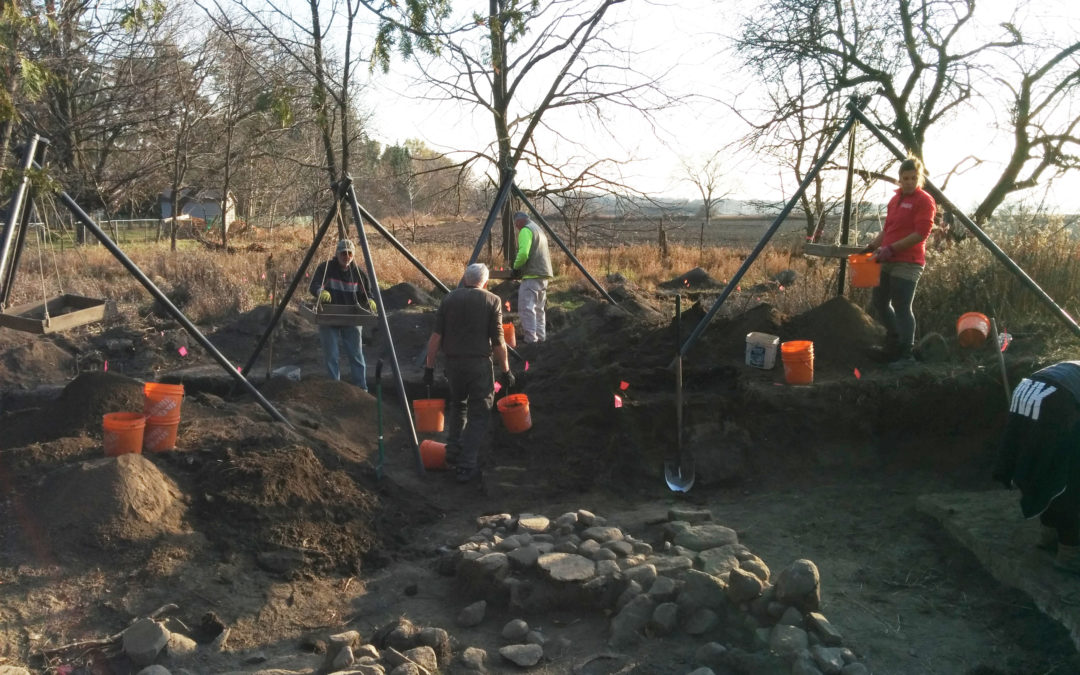 We discovered this site while testing a wooded area which had previously been the location of a farmstead in 2002, demolished in 2005 as shown in aerial photography. A large depression appeared to represent the location of the farm house associated with this farmstead. We recovered 310 artifacts from 52 test pits dug across the wooded area. These artifacts indicated an occupation which began in the 19th century and continued into the 21st century.

Archival research indicated that a house had been built on this lot about 1802. The Milne family acquired the property in 1832 and lived there until 1909. 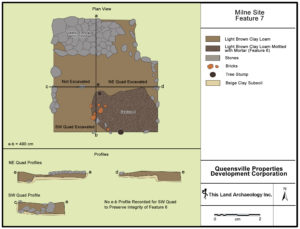 Our Stage 3 test excavations involved the digging of 44 1 x 1 m squares which resulted in the recovery of 7,326 artifacts, most of which post-dated 1850.

Stage 4 salvage excavations involved the excavation of 265 1 x 1 m squares in six different middens (garbage dumps) which produced a total of 57,117 artifacts. After digging all these squares, we used a Gradall to remove the topsoil from 2,200 square meters of the site.

One of the most important discoveries was a cellar which we believe relates to the house originally built on the property in 1802 by Rueben Richardson.

Our excavations produced a wide variety of artifacts representing the occupation of the site by both Rueben Richardson and the Milne families. Included were:

The large number of bullet casings is in sharp contrast to the recovery of such artifacts at the other four sites investigated in Queensville. In exploring this anomaly, I called Megan Houston at the Sharon Temple. She sent this historical picture which shows James Milne and Austin Titus Doan following a successful 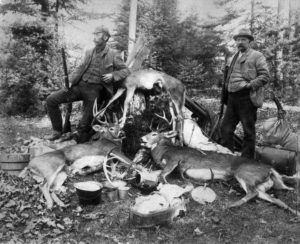 hunt in the in the last 19th century. The photograph is a reminder of the importance of hunting as a source of food to supplement the regular diet of 19th century Euro-Canadians who occupied the five farmsteads in Queensville. First impressions suggests that hunting was more prevalent or more important among the dwellers who occupied the Milne site in comparison to those who occupied the other sites we dug. In this day and age, it is hard for many people to imagine or relate to this way of life, yet I doubt that one would deliberate much on the need to be self-sufficient and able to provide for one’s family and community, especially back in the 1800s. 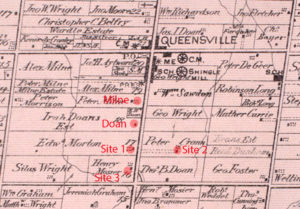 We have a fascinating history in Ontario, and it’s my mission to continue publishing my findings to help us all understand and more deeply appreciate our heritage; and perhaps even learn from our ancestors.

Thank you for your interest in my writings. If you are currently not receiving my blog posts and articles directly to your inbox and would like to, be sure to let us know by privately advising us of your email here.