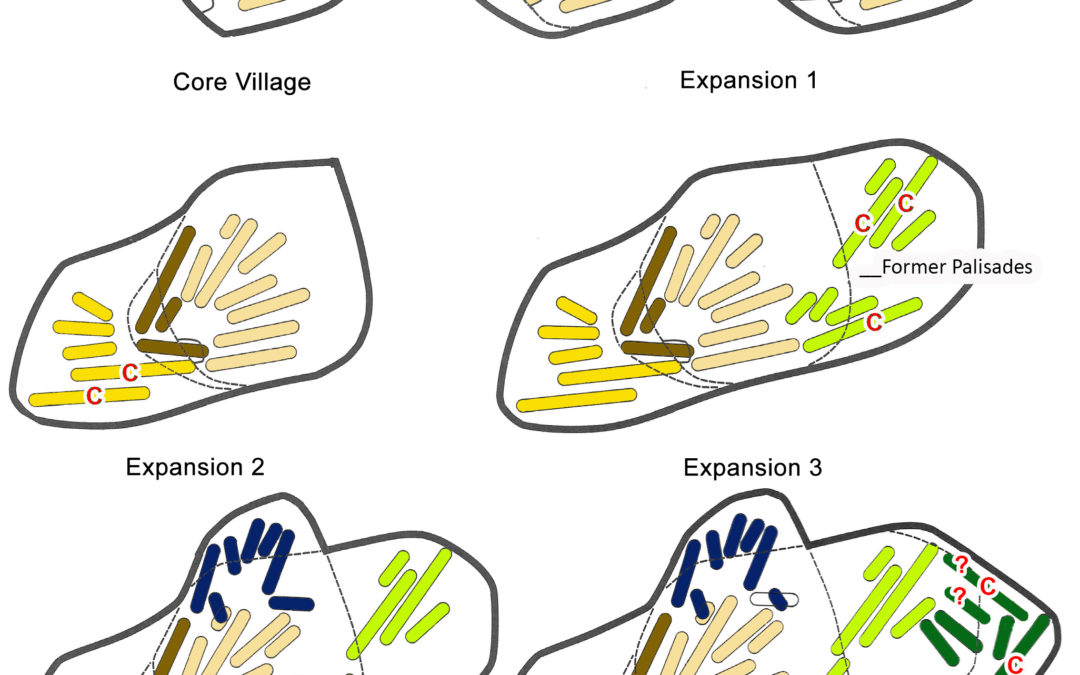 In my last blog, I discussed the presence of three buildings which I believed to be special structures to house visitors to the Draper site, providing accommodation but restricting visitors access to the entire village and its layout. This continuing discussion is based on houses in the Main Village. In a future blog, we’ll explore the South Field houses as well.

Such a pattern of placement of chiefs’ houses to assist in village defenses may be unique to the Draper site. This represents yet another confirmation of the need for more research to better understand these Iroquoian peoples who occupied Draper in the 16th century.

Thanks very kindly for your engaging comments and questions among our growing Facebook community and here on Our Lands Speak blog.