Digging for Houses and Palisades at the Draper Site, Part 1 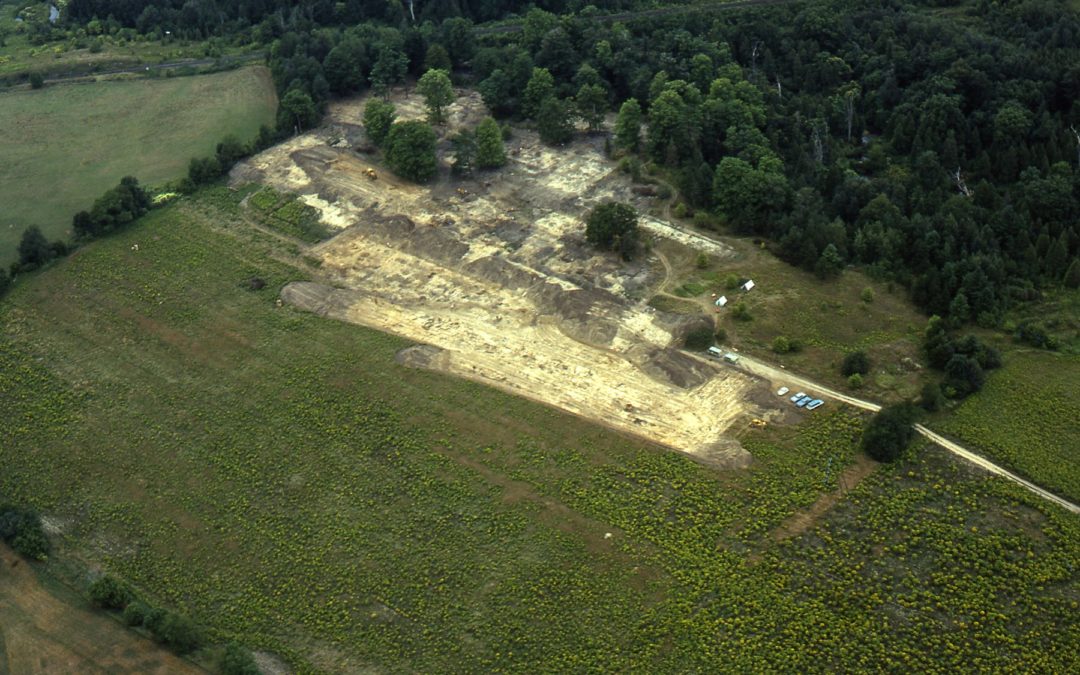 Our contract to undertake salvage excavations at the Draper site in 1975 was to dig the entire site. With the cancellation of the construction of the airport in the late summer of 1975 and the discovery that the site was considerably larger than previously thought, we were able to return to the site in 1978 to complete the balance of the work.

There were two major kinds of archaeological deposits at the Draper site that we had to investigate. First, there was the settlement pattern data which involved evidence for the longhouse structures occupied by the Late Woodland occupants of the site, and the palisades which were defensive structures which surrounded the village. Secondly, there were the middens (garbage dumps) which were areas of rich, black, organic soil that often-formed small mounds of earth and contained large quantities of artifacts and other debris such as animal bone.

Further, there were two parts to the Draper site in terms of searching for longhouses. Part of the Draper site had been farmed for more than a century (See Figure 1 for extent of farm fields), and we used bulldozers to remove the dark brown plough soil which was about 25-cm thick. This was similar to our use of bulldozers at the Donaldson site in 1971, although a larger bulldozer was used.

We then used a road grader to remove the last cm or two of soil to expose the post moulds in the yellow-brown subsoil which were the remains of the houses and palisades; these moulds reflected where there had been poles in the ground, They were created in one of two ways. First, the pole could have rotted away and the hole in the yellow-brown subsoil was then filled with brown topsoil. Alternatively, the pole could have been pulled out of the ground and the hole would have filled immediately with brown topsoil. In either case, the result is a generally circular stain in the subsoil.  When sectioned, it is often V-shaped.

We exposed these post moulds with a technique called shovel-shining or by trowelling. The house walls were delineated by rows of post moulds outlining the shape of the house, while the rows of palisade posts moulds showed the extent of the palisades. An aerial view of my excavations at the Crawford Lake (Figure 5)site shows a longhouse with the post moulds marked with 3 x 3-cm long steaks to accentuate the house outline (Figure 4). We mapped the location of these post moulds and processed their data using the computer programs I described in my last blog.

The majority of the Draper site was located in an area that had never been disturbed by ploughing. On this part of the site, we used different methods to search for longhouses. In my next blog, Part 2, I will discuss these methods and how we dug for house patterns there.

Thanks for your continued and keen interest.