Digging for Houses and Palisades at the Draper Site, Part 2 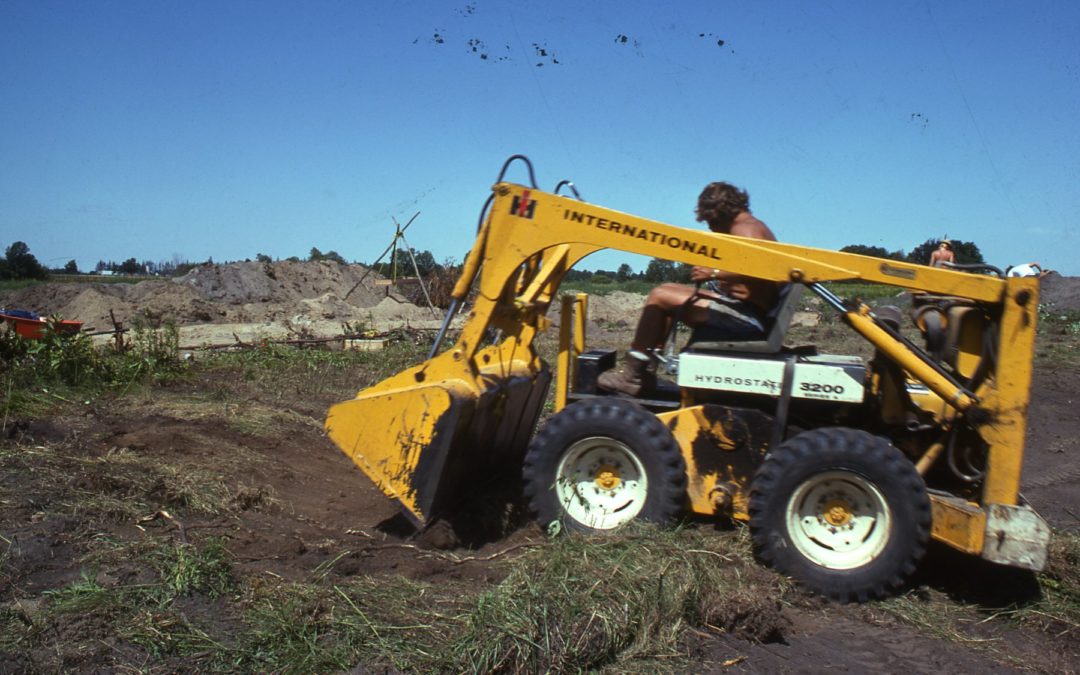 In Digging for Houses and Palisades, Part 1, I discussed how we traced the outlines of houses and palisades on a portion of the Draper site which had been farm fields for more than a century. Draper was somewhat unusual in that most of the site was located in what had been pasture and had never been ploughed. Here, the artifacts which had been deposited in each longhouse were still where they were originally discarded during the occupation of the village. Having worked with Allen Tyyska at the Maurice village in 1968, I was aware of the potential of exploring patterns of occupation of these houses by excavating the structures in squares to collect artifacts from each unit dug to allow mapping of artifact distributions. A similar technique had been used by Brian Hayden in the 1972 excavations at Draper, although his work involved extremely detailed excavations by trowel.

Our excavations on the undisturbed part of the site involved removing the living floor deposits in 1 x 1 m squares or 2.5 x 2.5 m quadrants of 5 m squares and screening the soil to collect artifacts. Sometimes these deposits were removed by shovel and other times using the bucket of a small front-end loader, a Bobcat (see feature image). The soil was then separated in hand or mechanical screens or dumped in a large screen and the soil washed through with water from a fire-fighting pump.

In this way, we were able to dig a significant 1,860 1 x 1 m squares in parts of 18 longhouses and 245 2.5 x 2.5 m quadrants in portions of seven longhouses. This produced varying samples of artifacts from houses on that part of the site which had not been disturbed by farming. After the living floor deposits had been removed, we recorded the post moulds and other features within the longhouses.

By digging on both parts of the site, we were able to create a plan of the site showing the location of all houses and palisades. We delineated 37 longhouses and estimated that two had been destroyed by creation of a borrow pit for soil. This would’ve been done to build the railway. We also found multiple rows of palisades, which suggested that Draper began as a small village and expanded five times to become a very large community. We also discovered a cluster of seven longhouses south of the Draper Main Village: The South Field and a single small longhouse west of the village (Structure 42).

Our excavations to search for longhouses and palisades revealed a unique and very complex settlement. At the same time, our detailed investigation of some of the undisturbed longhouses provided an unparalleled opportunity to explore the artifacts left behind when the longhouses of the village were abandoned. This offers interesting new insights about how the Late Woodland occupants lived in their longhouses centuries ago.

Stay tuned for my writings on digging middens at Draper.

Feel free to reach out to me by email or comment below, and I’ll respond personally to your questions. I also have a handful of dates available for book readings and talks ideal for local libraries, historical societies, and the like.

Thanks again for your keenness in learning about 19th century Ontario. It’s a pleasure to share all that my team and I have learned over 50 years of a caring and passionate study.