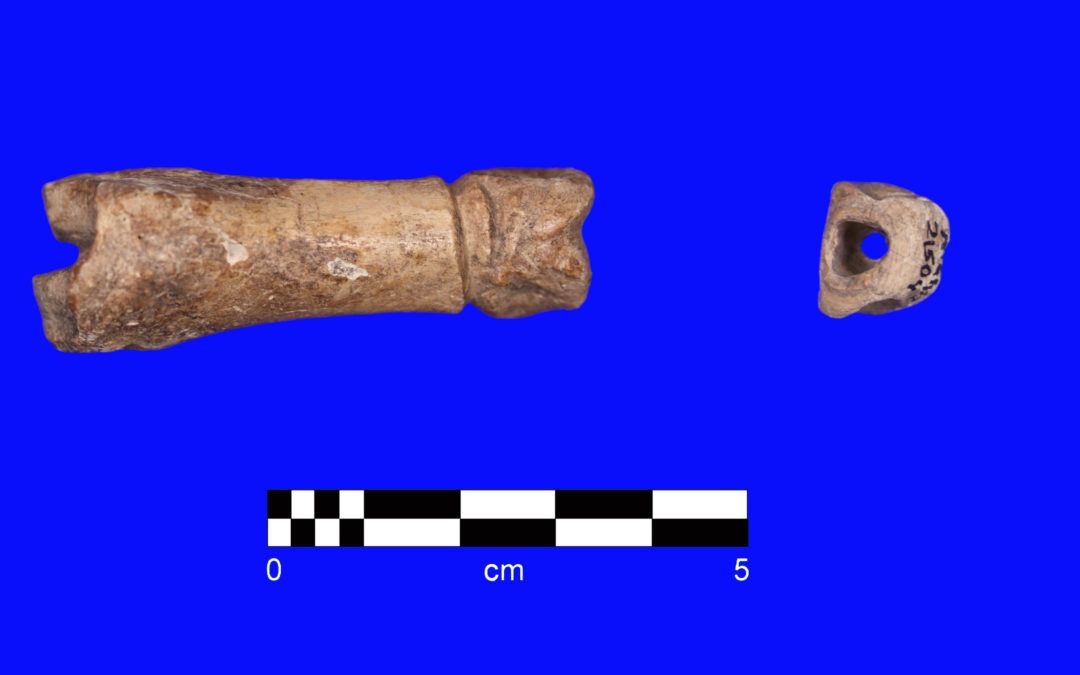 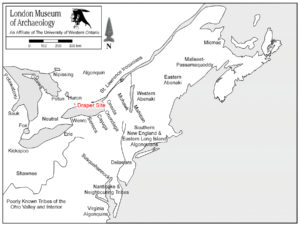 You may recall from previous blogs that I personally believe that the people who lived at the Draper site were Ontario Iroquoians who were not Huron-Wendat, but a group of Iroquoian-speaking peoples similar to the Huron-Wendat.

When we dig sites such as Draper, it has traditionally been our understanding that these were occupied by one group of Iroquoian speakers. There are exceptions, of course, and for several decades we have realized that some of the Iroquoians who occupied the Humber River were joined by some Neutral Peoples from southwestern Ontario. 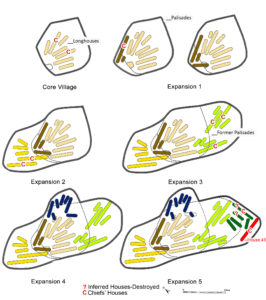 At Draper, we discovered that part of House 45, which I had suggested might be a chief’s house, was also occupied by a few families of Neutral People (Figure 2). I first discovered this when I was describing the houses we found at the site. The western end of House 45 had pits dug into the floor of the house which are identical to pits found on some of the Neutral houses in the Hamilton area. I am uncertain why these Neutral people had joined the Draper village, but it might be related to trade with the Neutrals. At Draper, almost 98% of the chert used to make arrow points, scraping tools, and other cutting and scraping instruments were made from Onondaga chert. This chert was found along the north shore of Lake Erie in an area occupied and probably controlled by the Neutral. It is possible therefore that the Neutrals living in House 45 were involved in the acquisition of this chert and its dispersal to the occupants of the Draper site.

My recent research on Draper has revealed that there are other artifacts characteristic of the Neutral People. One of these was a bead made from the toe bone of a deer (see feature image above, Plate 1, right) while another was a deer toe bone which was in the process of being fashioned into another bead (see feature image above, Plate 1, left). This type of toe bone bead is characteristic of the Neutral people who lived at the Lawson site, beside the Museum in London.

One never knows what unusual artifacts are to be found in the collections at sites such as Draper and what new insights will result from their study.

Thank you as always for your interest in this work. I greatly appreciate your comments and sharing on social media, as well as here on the blog, and do my utmost to respond in a timely fashion. If by chance you have a particular question or would like to discuss the possibility of my speaking and doing a book signing at your local historic society or similar association or event this year (in-person and/or via video), please don’t hesitate to reach out to me by email.

In closing, during these times of uncertainty with respect to the global COVID-19 pandemic, do your best to stay well and positive. And while practicing social distancing and where necessary self-isolation, I hope you create time that is memorable and enriching for you and those closest to you.